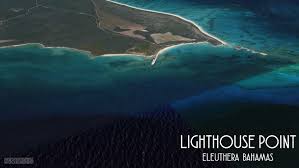 NASSAU, BAHAMAS – President of the Eleuthera Chamber of Commerce Thomas Sands said yesterday that while there is a degree of optimism among the business community on the island after the government signed a heads of agreement with Disney Cruise Line to develop Lighthouse Point, South Eleuthera, some businesses owners are still not clear on the economic benefit to them.

“There is still a period of optimism, but also wanting more information as to what it all means and how they take advantage of it,” he told Eyewitness News Online.

“I think there are few skeptics who because Eleuthera has been through — and Family Islands have been through — the process where they hear the big projects are coming and for some reason they don’t make it through the period to completion; I think what is different in this economy today in the island of Eleuthera is you have a number of different projects on the table and a number of different projects moving forward.

“Disney is the largest investor that we know of from what we are told, but in context there are a number of other little projects around the island, especially from central Eleuthera to south.”

In March, the government signed a heads of agreement with Disney to develop a cruise port at Lighthouse Point, South Eleuthera.

The cost of the project is expected to range from $250 million to $400 million.

Disney purchased more than 700 acres of private land owned on the southern tip of Eleuthera and gave the government 190 acres for conservation and a national park.

The mass media and entertainment conglomerate plans to develop approximately 20 percent of the property for low density; and will, as part of the agreement, generate at least 120 construction jobs for Bahamians and around 150 permanent Bahamian jobs.

While national unemployment rate rose from 10 percent in May 2018 to 10.7 percent in November 2018, unemployment on Grand Bahama and Abaco fell by 0.5 percent and three percent respectively.

However, the rate of joblessness on Eleuthera remains unclear.

As part of the agreement, Disney must also provide an-property space for Bahamian vendors to sell authentic retail goods, services, arts and craft and souvenirs, among other merchandise.

Additionally, it must use Bahamian entertainers and give priority to Bahamian operators to provide excursions for Disney guests while its ships are in port.

According to Disney officials, ships calling at the Port of Nassau and the Port of Freeport are expected to increase by 30 to 40 percent.

Asked whether residents on island were prepared to take advantage of the business opportunities in the pipeline, Sands said based on the proposed developed there an expectation for significant stimulus.

“I think for a lot of people, especially a new generation, they don’t understand and they don’t totally fathom what that means because they have never experienced like it,” he said.

“I think there are a number of people who would wish to prepare.

“Again, the pieces of the puzzle have to be declared in terms of what I am preparing for and where should I position myself.

“There is still a level of uncertainty because all the information is not 100 percent available to everyone.”

Sands noted that there has been an effort to by the government to decimate information, but suggested more concrete details are needed.