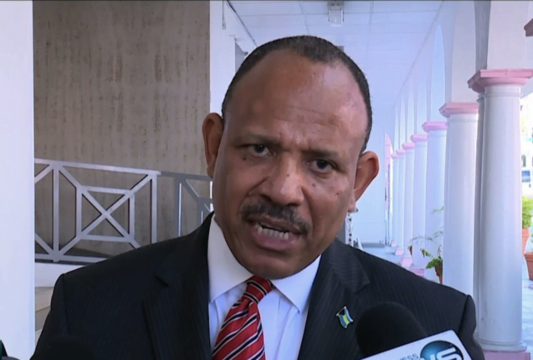 A person dies due to suicide every 40 seconds, according to global statistics

NASSAU, BAHAMAS — With a reported one million people taking their lives annually and recent reports of suicides in The Bahamas, Minister of Health Dr. Duane Sands said yesterday the prevalence of suicide in the country is in part a result of Bahamians trivializing the challenges of mental health.

“We have a challenge with mental illness and we tend to dismiss it,” he said.

“We tend to shame or blame the victims of mental illness and we still believe it is a sign of weakness or it is a sign you are not connected to Jesus or just not strong enough.

While there is an absence of statistics, Sands explained why suicide rates have been increasing.

“Often times you are greeted with ridicule and or embarrassment,” the minister said.

“Many people are ashamed to go to Sandilands and it is unfortunate because many of these problems can be controlled or eliminated with appropriate therapy.”

His comments came a day after 16-year-old boy was found hanging in the closet of his home on Faith Avenue, off Carmichael Road

Approximately 800,000 people die due to suicide every year, which is one person every 40 seconds, according to the World Health Organization.

WHO has predicted that in two years the rate of suicides will double to one every 20 seconds.

According to Sands, despite the startling statistics, public education and awareness of the signs of someone contemplating suicide remains low and there is an urgent need to sensitize the public to mental health challenges.

Speaking with Eyewitness News, activist Carlos Reid opined that the reason young boys and men are more prone to suicide is because they are not allowed to express themselves.

“We are taught that if you express yourself you are soft or you are a sissy, so most men don’t want to be called a sissy so they hold it on the inside and cause them to blow up.”

He continued, “If they express themselves to people, they share it (the concern or challenge) with other people because we are not the kind of society that cares about how people feel; we just want to know who got the news first and we destroy people’s lives in the process.”

If you or anyone you know may be having suicidal thoughts, you can contact the Community Counselling and Assessment Centre of Sandilands Rehabilitation Center on 364-9600, the Bahamas Crisis Centre on 328-0922 or Princess Margaret Hospital’s Accident & Emergency Department on 502-7855.