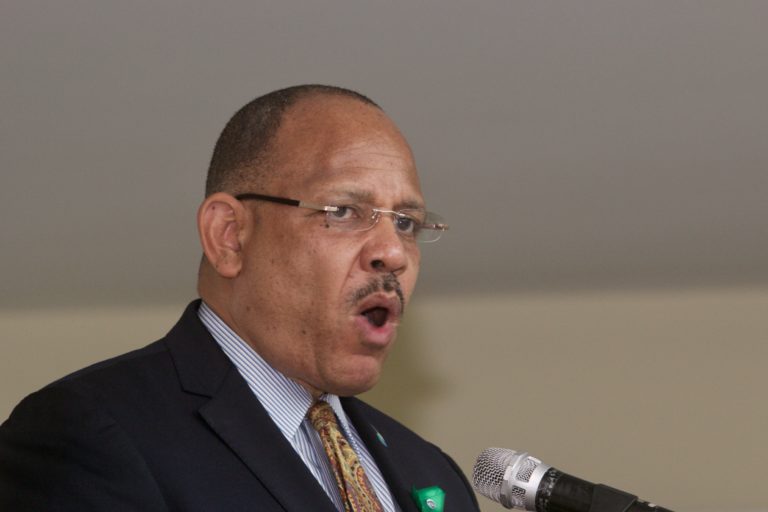 Minister of Health Dr. Duane Sands told media on Tuesday that the government’s proposed two per cent tax on wages to fund National Health Insurance is not set in stone. He explained that the Prime Minister and the Cabinet are inviting the opinions of all stakeholders in the community before they make a final decision.

“The scope, the thrust, the cost and the financing of NHI has not been agreed or decided by Cabinet,” said the Health Minister. “A formal position has been made by the NHIA (National Health Insurance Authority) which we believe is an excellent start.”

The proposed two per cent increase to NHI was announced back in October. The proposal, if implemented, expects each person to contribute $1,000 annually or $83 a month and employers will be responsible for at least 50 per cent of that payment.

The Health minister stated that this proposal, placed forward by the NHIA, will pave the way for a period of consultation and consideration. According to Sands, the government intends to view every suggestion and incorporate them into the Cabinet’s final decision.

He said that they are now hearing feedback from the likes of the insurance industry and various unions but they are listening out for more views.

“We’d like as many stakeholders to say how they feel about this. What they like about it, what they hate about it.

“Make some recommendations about how we can find this differently because this is a fundamental reform of a social safety network.

“It is consultative, it is inclusive and as many people that can contribute to our national development they should be invited and encouraged to do so,” Sands said.

He stated that it would be unreasonable to presuppose that there is any issue with any aspect of NHI. He added that it is important to look at the issue holistically.

“You can’t just look at one aspect and say it’s a game changer, I mean you can, but you ought not to,” the minister said.