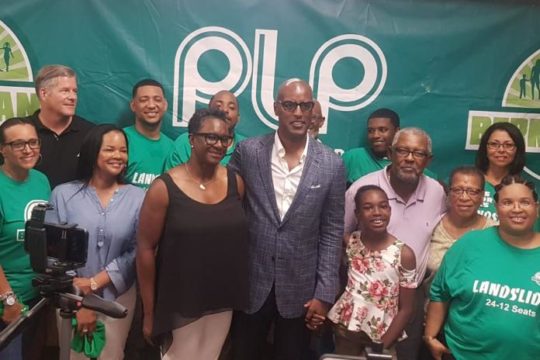 A victorious Curtis Dickinson with family and supporters.

The seat was made vacant on April 25, 2018, with the sudden resignation of former OBA MP Jeffrey Baron.

A total of 679 votes were cast, with four spoiled ballots.

After the results were announced premier and finance minister of Bermuda, David Burt, stated, “The lessons from the voters is very simple, they have seen the work the Progressive Labour Party has done over the last ten months and in Constituency 25 there was a reversal.

Meanwhile, the OBA opposition leader Jeanne Atherden said, “This is a transition.”

The OBA now faces the distinct possibility of more resignations, with many of their remaining 11 MPs facing increased unpopularity with the Bermudian electorate.