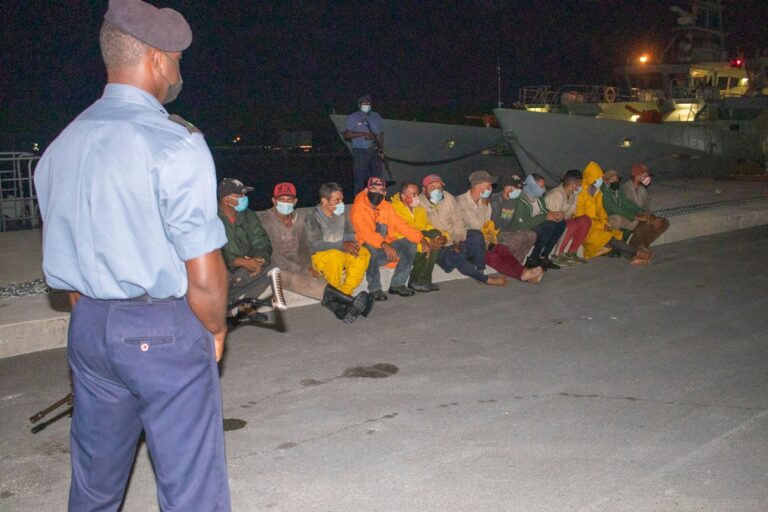 NASSAU, BAHAMAS — A group of Cuban Nationals was intercepted off Guinchos Cay, in the northwestern Bahamas, by the Royal Bahamas Defence Force (RBDF) on Saturday, May 15, 2021.

While conducting patrols at 2.27am, the defence force patrol craft HMBS DURWARD KNOWLES, under the command of Senior Lieutenant Jataro McDonald, spotted and intercepted a 20-foot wooden skiff approximately 16 miles off Guinchos Cay.

Further investigations uncovered a group of Cuban nationals onboard.

The Cubans were subsequently taken aboard the RBDF craft and brought into the capital early Sunday morning, where they were handed over to the relevant authorities. The Cuban Embassy has since been notified.

This follows several other apprehensions of Cuban nationals in Bahamian waters in recent months.

On March 31, a group of Cuban nationals was picked up by the United States Coast Guard Cutter USCGC CHARLES DAVID JR off Anguilla Cay and handed over to HMBS LEON LIVINGSTON SMITH.

On Wednesday, March 3, six Cuban nationals were taken aboard a US Coast Guard cutter after they were captured on Anguilla Cay.

In each incident, the foreigners were all handed to the relevant authorities for further investigation.