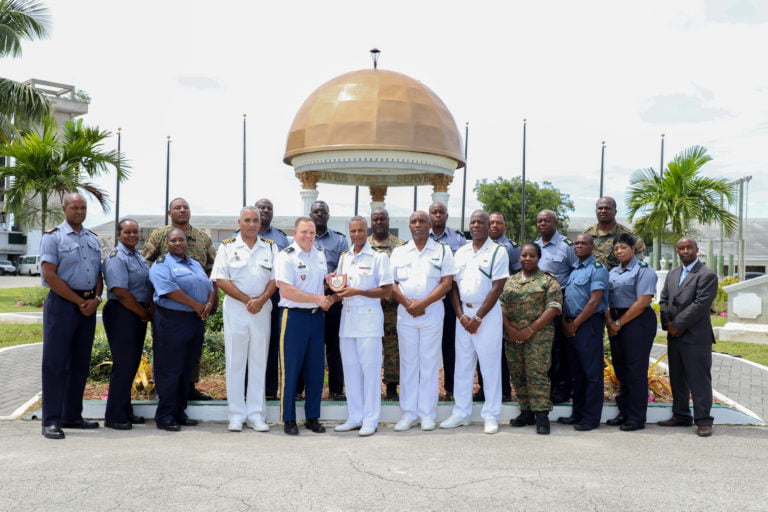 Officers and senior enlisted personnel from the RBDF, who are responsible for disciplinary matters within their various units, participated in the three-day SMEE.

The SMEE was organized to assist the officers and senior enlisted personnel with addressing relevant issues in anticipation of the RBDF implementing its court martialsystem.

A court martial is a judicial court instituted within military organizations for trying members of both the officer and enlisted corps, who are accused of committing certain offences against service or civil law.

Penalties handed down under a court martial can range from a fine to a term of imprisonment.

Lieutenant Colonel Tillman provided practical guidance on the rules of procedures for the court martial in accordance with the Defence Act and Regulations.

A mock trial was conducted to expose the RBDF personnel to the rules and procedures, as well as possible challenges to the court martial trial.

Topics covered during the three-day SMEE were the roles of attorneys and paralegals in the RBDF and an overview of the U.S. Department of Defense’s Ethics Rule andTraining.