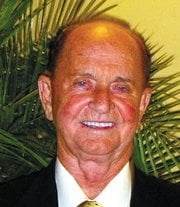 NASSAU, BAHAMAS – Super Value President Rupert Roberts said yesterday that while he “remains watchful” as the government moves to expand the list of value-added tax (VAT)-exempt breadbasket items, he was somewhat shocked by the move.

Minister of Health Dr. Duane Sands made the announcement Thursday morning during the budget debate in the House of Assembly.

New items to be VAT-free include, spinach, broccoli, romaine lettuce, apples, oranges, strawberries, beans, peas, almonds “and so much more”, according to Sands.

Asked if he anticipated the additional items being made VAT-exempt, Roberts said, “The conversation was held a year ago. I am not surprised, I am shocked because they are coming out now — not pleasantly or unpleasantly shocked — just shocked. I thought it had gone away being that the discussions were held some time ago.

“I thought they had left it alone as there was so much push back.”

Roberts said unlike rice and corned beef for example, the majority of the items Sands eluded to are perishable items.

He said, “Our electrical and refrigeration cost comes into play. It’s almost that margin to carry them.”

“We were happy to go VAT-free on the breadbasket items,” Roberts told Eyewitness News.

“We had no objection to that.

“Our objection was that we didn’t have to do it; you know, we buy from international markets and buy at the best price and I think in the… recession The Bahamas did probably the best in the world in protecting the consumer.

“And then, they did this [VAT]-free and then they’re going to do more of it.

“It’s not only the poor and needy get it (the benefit of VAT exemptions), but the rich or so get it as well.

“Now of course, you can’t separate the two, but we, the supermarkets, felt that they should do it another way. The poor who fall through the cracks [could be] handled through social services.

“What they are doing is costing millions when they can handle it by thousands.

“That was our own feeling. But I guess we have to wait and see the total picture. We are very anxious to see.”

During the debate, Sands said as the new budget takes effect Bahamians will be able to feel the work done by the Minnis administration over the last year to make healthier food options more affordable through a “reimagined and less obesogenic breadbasket”.

The government eliminated VAT on all breadbasket items with the exception of sugar on August 1.

At the time, the government said it will continue to add to the list of VAT-exempt breadbasket items to eventually include items such as nut.