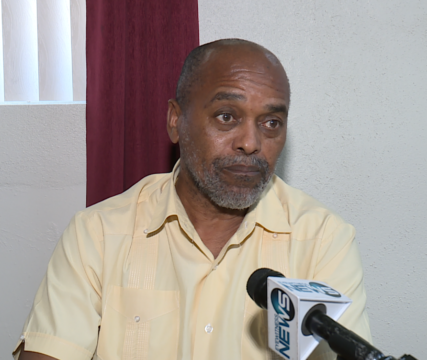 “If you were to look at how the National Health Insurance’s Standard Health Benefit (SHB) is to be introduced, it is one in which we anticipate it is going to be at least three to four years down the line before the whole country becomes involved…” he told Eyewitness News Online.

The employer mandate would see employers and employees share the funding of the plan, with employees paying 1.5 percent of their salaries.

In some cases, high-salaried employees would the estimated $1,000 per year premium solely.

The employer mandate was set to be introduced in January 2010, but based on feedback from stakeholders, the authority revised its introduction to July 2020 pending Cabinet approval.

The Bahamas Chamber of Commerce and Employers Confederation had sought for the government to revise that date to January 1, 2021.

Roberts maintained that a year is sufficient time for stakeholders to prepare.

The SHB would include an expanded primary care package and high-cost care program, which provides comprehensive coverage for select conditions or treatments, including a range of high prevalence diseases and certain cancers.

Yesterday, Roberts noted that the SHB has since been expanded.

He was unable to put a cost to the increased services, but acknowledged there could be an increased budgetary commitment on the part of the government.

NHIA Chief Executive Officer Graham Whitmarsh said earlier this year that cost is estimated to be closer to $130 million, but could be refined as the program rolls out.

“We’re looking at the cancers, at the heart conditions and the end-stage failure — we have been meeting with our stakeholders, all of them, meeting the physicians who will be required to administer the services from the point of view of diagnosis, treatment and aftercare,” Robert said.

“We have been looking at all of those steps that would be required throughout the treatment of those conditions and putting a price tag to it and coming out with a figure.

“That is what we have been doing over the last six months.”

The NHIA revealed in February that higher income earners could contribute significantly more for NHI.

In the previous model, employee and employer contribution were capped at that amount to meet the $1,000 annual premium for the standard health benefit package SHB, a standard level of primary care guaranteed under NHI.

According to a revised proposal, an employee earning more than $66,667, who would have equally shared a $41.67 per month contribution with their employee, would solely pay $83.33 per month under the revised plan, and the employer would not have to contribute.

At current, around 50,000 beneficiaries are enrolled in NHI, according to Roberts.

The authority projects 171,000 people to eventually enroll in NHI.

Is it expected that approximately 51 percent of those beneficiaries will maintain private insurance, according to Roberts.