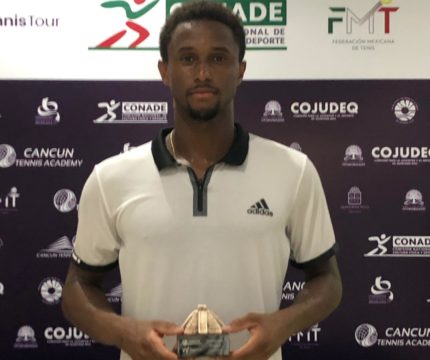 In the final match of the competition, Roberts came from behind to defeat the American Kalman Boyd. Roberts lost the first set 3-6, and was down in the second set, but managed to win it 7-6. He then won the tiebreak 10-8. He was able to close Boyd out 6-4 in the third set.

Yesterday’s match was the second comeback win for Roberts in the tournament. In the semifinal round, he won the third set after trailing No. 1 seed Jack Draper. He lost the first set and was down 2-5 in the second set before storming back.