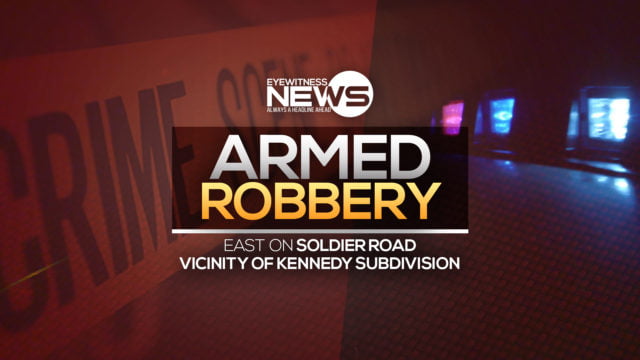 NASSAU, BAHAMAS – Police on the Island of New Providence are seeking the public’s assistance in locating and apprehending the suspects responsible for an armed robbery which occurred on Monday, May 20, 2019.

According to police reports, shortly before 2:00a.m., a male was driving his vehicle east on Soldier Road in the vicinity of Kennedy Subdivision, when a trailing vehicle occupied by two men, slammed into his vehicle from behind, forcing him to stop.

Once at a stop, one of the males armed with a firearm fired a shot in his direction, which caused him to jump out of the vehicle and flee into nearby bushes in fear for his life.