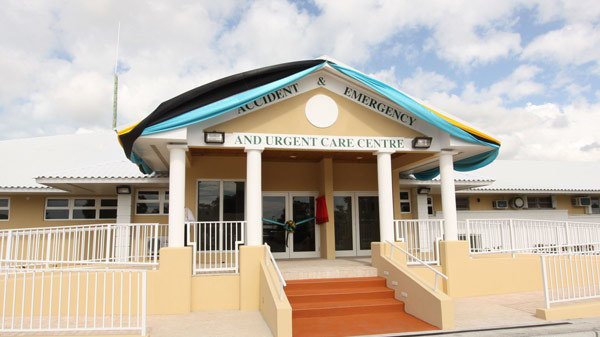 NASSAU, BAHAMAS — A risk assessment will be undertaken in Grand Bahama to determine the future expansion or relocation of the Rand Memorial Hospital, according to Disaster Reconstruction Authority Managing Director Kay Forbes-Smith.

In a press statement, the Public Hospitals Authority acknowledged the partial deflation of a tent donated by Samaritan’s Purse due to torrential rain on Sunday.

“No one was injured in the mishap as there were no occupants in the tent at the time, the PHA statement read.

“A previous incident in April this year forced the decommissioning of tents and subsequently staff were relocated to the Cancer Association Building and the Accident/Emergency Department. Measures are in place to facilitate mediation to breaches caused by severe weather conditions.”

It added: “The public can be assured that the Grand Bahama Health Services continues to work together for the safety and well being of its staff and clients.”

The Rand Memorial Hospital, the High Rock Clinic, health facilities in McClean’s Town, and a number of east Grand Bahama facilities were lost during the passage of Hurricane Dorian in September last year.

An estimated 80 percent of the Rand Memorial Hospital (RMH) was affected – due to blackwater intrusion – water mixed with stool or sewage – and subsequent mold overgrowth.

“There’s a risk assessment that we are undertaking with the Rand Memorial in Freeport and I’m happy to say that Baptist Hospital in Florida will be doing a risk assessment for us,” said Forbes-Smith, in a recent interview with Eyewitness News.

“No matter what we do in Freeport, we need a new hospital in Freeport, but we want to be informed about the best way of how to do that.

“We are having a risk assessment done that will evaluate the current location of the Rand and the surrounding properties.

“The risk assessment will be done to inform the decision. Do you rebuild a new hospital on its current location and its surrounding property or do you building a new hospital at this new site, a 50-acre site that the PHA has for the Rand and any other medical site.”

Forbes-Smith underscored that quite a bit of money is going into the rehabilitation of the Rand.

Repairs on the building are ongoing.

In November, the government signed a Memorandum of Understanding (MOU) with Carnival Corporation for the remediation of the Rand Memorial Hospital.

The project comprises two critical restoration initiatives, including remediation and basic repairs for the facility and replacing damaged medical equipment.

The restoration will also include the completion of a new kitchen – which also suffered significant damage as a result of the storm.