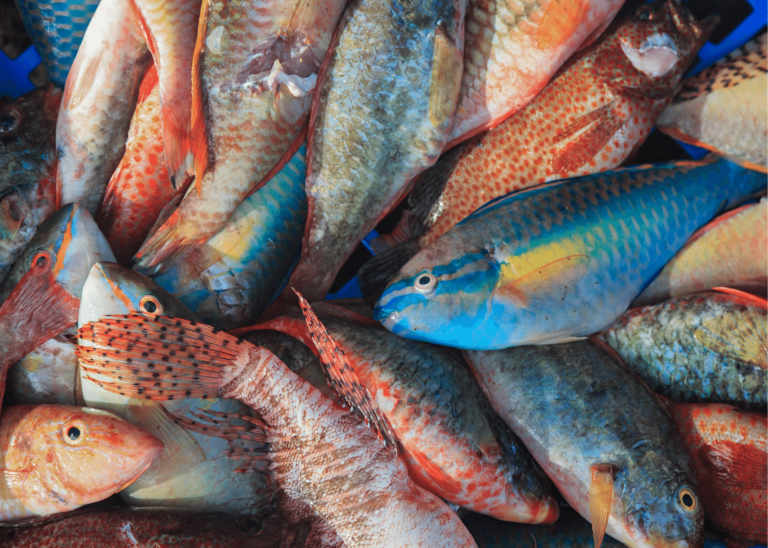 Keeping algae from taking over coral reefs just got harder

NASSAU, BAHAMAS — Parrotfish harvesting is on the rise due to its taste, consumers’ requests and largely because it ends up on hooks, in nets and traps when fishermen troll for other species.

While the fish is often overlooked in favor of its more popular cousins, snappers and groupers, new research suggests its growing demand is likely to continue, spelling big trouble for local coral reefs — an ecosystem already in serious decline.

Dubbed “nature’s lawn mowers”, parrotfish spend most of their day binging on algae, thereby helping coral reef grow in a delicate balancing act. In places where the species were overfished, reefs have suffered tragic declines in coral numbers.

In her latest research, marine scientist and educator Dr Karlisa Callwood sought to understand the shift in demand for parrotfish and gauge whether fishermen understood the importance of the species to the reef system and the need to conserve the resource. She surveyed 164 fishermen on 12 islands throughout The Bahamas.

“Those who earn more than 90 percent of their income from fishing are most likely to fish for these species every day,” said Callwood, who serves as director of the Perry Institute of Marine Science’s (PIMS) Community Conservation Education & Action Program.

“Those fishers who acknowledge harvesting parrotfish identified at least 10 species they typically collect. They also indicated that each trip, they harvest an average of six individuals, ranging in size from eight to 30 inches.”

The 10 species identified includes species considered to be amongst the most important reef grazers in The Bahamas.

“Only fishers from New Providence, Abaco, Andros, Mayaguana and Eleuthera seem to be targeting these species specifically. Responses indicate, however, that fishers from every island surveyed do harvest parrotfish,” said the US Virgin Islands native who holds a doctoral degree in ecosystem science and policy with a focus on interdisciplinary studies of fisheries management, conservation and sustainability.

“Some fishers collect the fish because they will take anything they catch; some, because they are using it to help feed their families; others, because it is specifically being requested; and some just because they like to eat it.

“Furthermore, though a large percentage of fishers are indicating that their harvest of parrotfish is bycatch, it is more likely that harvest of the species is more opportunistic. ”

The latter isn’t surprising since nearly 75 percent of the respondents worked multiple jobs to help support their families.

Although there is limited data available to help place a figure on the amount currently being harvested, fishermen say requests for the species are increasing.

“This is due in large part to immigrants from other countries, particularly Jamaica and Haiti, where parrotfish is a popular meal. Additionally, many fishers have admitted that when they do sell parrotfish, they are often times selling it as grouper, especially to restaurants,” Callwood explained.

Fish fraud is a lucrative business. Successfully pass parrotfish off as grouper, and sellers could get as much as $20 per pound from restaurants.

Still, fishermen maintained they understood the importance of parrotfish in the marine environment. The research indicated most possess “basic knowledge” in this area.

Less than 10 percent, however, demonstrated “complete” understanding of parrotfish ecosystem functions within reef habitats. According to Callwood, it highlights the need for an educational component to management and conservation efforts.

With awareness increasing as to the importance of parrotfish, nations such as Puerto Rico, the US Virgin Islands, Barbuda and Turks and Caicos have adopted management strategies for the species.

If a complete ban on harvesting parrotfish is not practical, Callwood’s research recommends the introduction of new regulations.