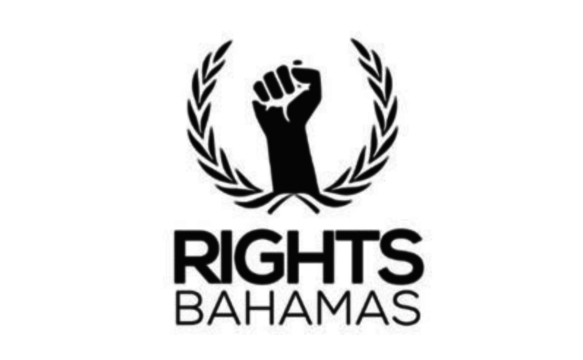 NASSAU, BAHAMAS – The Rights Bahamas group on Monday revealed that the Inter-American Commission on Human Rights (IACHR) has had to reiterate its request for information from the government regarding threats against the safety of human rights defenders in the Bahamas.

In a statement released yesterday, Rights Bahamas said the threats in question were reported to the Commission in December 2016 and early 2017, and they occurred in the face of an order from the IACHR requiring the government to protect five Save the Bays activists, after it was found that they were in a serious and urgent situation, and their lives and personal integrity faced an imminent risk of irreparable harm.

Save The Bays is a non-profit organization comprised of a diverse group of Bahamian and international individuals, as well as community partners that work together to preserve and protect Bahaman lands, waters and ecosystems. These happen through the promotion of policy change, monitoring the waters, community outreach, legal action and advocacy, according to its website.

Rights Bahamas said on November 4, 2016, the Commission issued precautionary measures requiring The Bahamas to: adopt the necessary measures to protect the lives and personal integrity of the activists and their families; ensure that they can pursue their work freely; come to an agreement with the activists on what measures should be taken to protect them; and report on what actions were taken to investigate the threats in order to prevent their repetition.

Rights Bahamas said the incidents complained of included alleged threats of prosecution and imprisonment by government officials, attempts to target the activists for harm, break-ins, damage to personal property, and numerous instances of hate speech, menacing remarks and threats of violence from political supporters of the former administration.

According to Rights Bahamas, an earlier request for a response from the government went unanswered, prompting a second official request, issued on May 22, 2019.

Rights Bahamas said it knows of no effort by either the PLP or FNM governments to live up to the stipulations of the Precautionary Measures and the activists have not been consulted on any measures to protect them, as was required by the Commission.

“Nor have any actions been taken to discourage verbal, online and physical attacks on activists generally,” Rights Bahamas claimed.

According to Rights Bahamas, instances of hate speech and threatening remarks against human rights defenders have continued and have even increased, particularly over the last few weeks in the wake of a hearing before the IACHR in Jamaica on the treatment of migrants in the Bahamas.

Rights Bahamas said members of its delegation to that hearing have been vilified and threatened by members of the public with everything from violence to deportation to prosecution for treason, yet the government, the group said, has remained silent.

“Nothing has been said or done to affirm or support activists’ right to do their work unmolested,” Rights Bahamas said.

The group therefore called on the government to answer fully and honestly, the request from the Commission for observations on the abuses against human rights defenders reported between December 2016 and February 2017.

“We call on the government to publicly say what it has done to live up to the stipulations of Precautionary Measure MC706-16 issued on November 4, 2016.

“We demand that the government pass a Hate Speech Act and take public steps to discourage its supporters and all Bahamians from seeking to denigrate, intimidate or strike fear into human rights defenders because of their work.

“We will continue to report to the Commission on any and all threats against human rights defenders in the Bahamas, whether from official State actors or members of the public,” the Rights Bahamas statement concluded.