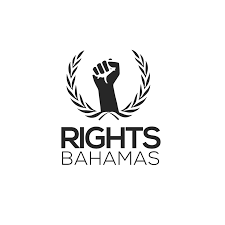 NASSAU, BAHAMAS – Rights Bahamas expressed on Wednesday that it is appalled that a Bahamian political commentator was recently charged with criminal libel; stating that it is an archaic and unconstitutional law that has no place in a modern democracy.

“At a time when, around the world, countries are abandoning tyrannical anti-free speech laws, The Bahamas seems increasingly to be keeping company with oppressive regimes and brutal dictatorships,” said Rights Bahamas in a statement issued yesterday.

Rights Bahamas expressed that in recent times they have noticed a very disturbing trend by those in politics and law enforcement of allegedly wanting to silence critics and those who exercise their freedom of expression by means of arrest and imprisonment.

Rights Bahamas said members of the human rights community have repeatedly been threatened with criminal libel charges over their efforts to highlight the many injustices suffered by ordinary people on a daily basis.

“Now, an outspoken political commentator has actually been charged for expressing his opinions. The same happened a few years ago to [a] courageous attorney…after she made certain comments about the behavior of senior police officers on live radio. This trend is absolutely terrifying and should frighten each and every person in The Bahamas who values their individual rights and freedoms as guaranteed by our constitution,” Rights Bahamas said.

“From time-to-time, people say will things that others find insulting and offensive, but there is a fair and just remedy through the civil courts for all those who have been wronged.

“In civilized countries, when a person’s reputation is unduly harmed, that individual can sue and, if successful, reestablish their good name in the public sphere and win significant damages from the person by whom they feel aggrieved.”

Rights Bahamas noted that aside from hate speech, which incites violence or hostility against a particular group in society, no one should be ‘snatched up’ by the authorities, charged with a criminal offence and imprisoned for speaking their mind.

The human rights group further expressed that provisions of the Penal Code allowing for criminal libel charges are remnants from a time when tyrants made laws to intimidate citizens into silence and as such, these provisions have no place on our law books today.

“Criminal libel is a clear violation of Articles 15 and 23 of the Bahamas Constitution, which protect freedom of expression. The courts must declare this law null and void,” Rights Bahamas said. “We are more than confident that they will do just that, bringing an end to criminal libel in The Bahamas once and for all. What is happening is utterly barbaric and cannot be allowed to continue.”

RB legal director Fred Smith also noted that Fred Mitchell, chairman of the Opposition Progressive Liberal Party has called for the abolition of the criminal libel laws from the early 1980s and has continued to do so.

Smith said: “No government of any party hue, should have criminal libel laws in its arsenal of powers to limit freedom of expression. Rights Bahamas renews its call on the government to enact a human rights act and to legislate against hate speech.”