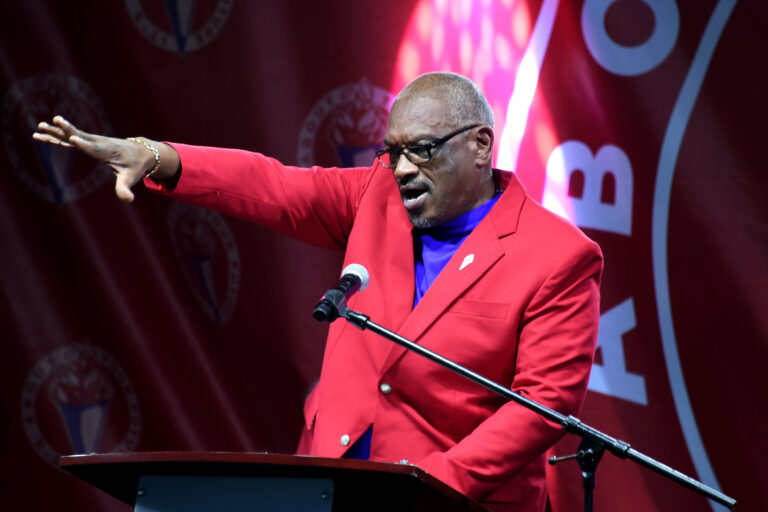 NASSAU, BAHAMAS — A report commissioned by the Free National Movement (FNM) to analyze the reason for its sweeping loss at the polls during the early election last September revealed that had the vote been called any later, it could have led to a “deeper loss”.

A US-based firm, which produced the post-election report, said calling the election at any point in time with an ongoing worldwide pandemic and “deeply concerning” economic outlook on the horizon would lead most observers to conclude that the prime minister had to “make the best call he could, from both a leadership and political standpoint”.

“It is strongly possible that from a purely political standpoint, given the economic signs then and now, that waiting to call the election may have led to further and deeper losses,” report the report.

“Coupled with the fact that the current economic crises would have required a voter mandate, it’s hard to see anytime the election timing wouldn’t have been problematic.”

Minnis has explained that the government was well aware of what he called the perfect storm that was brewing — a viral and economic pandemic, and severe inflation, including fuel prices.

He said his administration “knew how we were going to deal with it, but we needed a new mandate”.

As to whether the then prime minister should be blamed for the election loss, the report said:

“Rightly or wrongly, leaders take responsibility when their party loses.

“It is fair in this case?

“Having a front row seat to this it’s clear the prime minister was dealt a tough hand, one that every turn required him to try to lead a country during extraordinary challenges while also trying to defy over two decades of history in getting re-elected.

“Could key choices have been made faster, yes.

“But these would have come at a cost to the public service side that could have been equally as problematic.”

The report said the polling data reflected that the prime minister’s numbers with swing voters were very good, and when compared to Philip Davis, the leader of the PLP, were “exceptional”.

It said had those voters turned out, “it would be a very different story”, but there was a “stunning and historic” drop off in voter turnout.

The report said the polling performed was wrong, but for a specific reason: there was a “voter behavioral shift” polls and focus groups made a fatal flaw in not asking whether participants were likely to vote.

It said historically, voter turnout was around 90 percent, but high turnout could no longer be presumed based on past elections.

“The reality is that undecided and independent voters remained consistently pro-Minnis/FNM and anti-Davis/PLP across a dozen polls and focus groups from two different highly respected pollsters,” read the report.

“The fatal flaw in the polling was that the question was never asked ‘are you likely to vote?’

“Forty-five years of voter turnout statistics led to the question being asked ‘are you registered to vote?’.

“In any other election before this one, that would have been right and sufficient.

The report said the FNM may have suffered a defeat last September, but “much of this will reverse in the next four years if the party does the work required”.

It said longtail campaigns don’t work in The Bahamas and going forward the vast majority of effort needs to be put into grassroots campaigning and save the “air war” and rapid response for the last 10 weeks of the campaign.

The report indicated that the FNM began its airwave and ad campaign in the fall of 2020.

It also recommended the party revamp operations, underscoring the lack of clear organization at the constituency and grassroots level caused it to lose between three and six seats in Parliament.

“The party operation needs to solely focus on building and maintaining a long-term grassroots constituency operation,” read the report.

It said from an electoral standpoint, any deviation from that sole priority would be a distraction, which could be a fatal one at the polls.

It added that polling and data research needs to be focused on the “likelihood to vote” and not just voter registration.