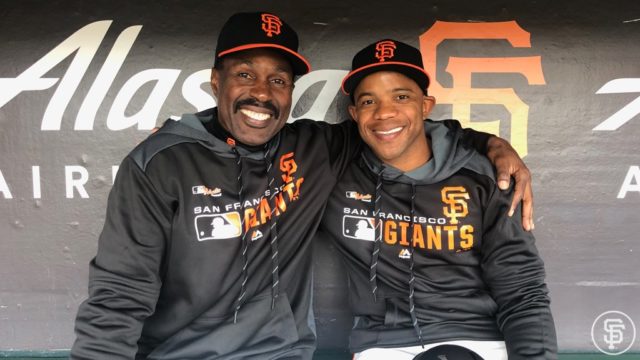 Antoan Richardson continues to make strides in his post-playing career.

On Friday night, the 35-year-old made Bahamian history, filling in as the first-base coach for the San Francisco Giants in a series-opener against the Milwaukee Brewers.

Richardson stood in for first base coach José Alguacil. The Giants won the game 5-3.