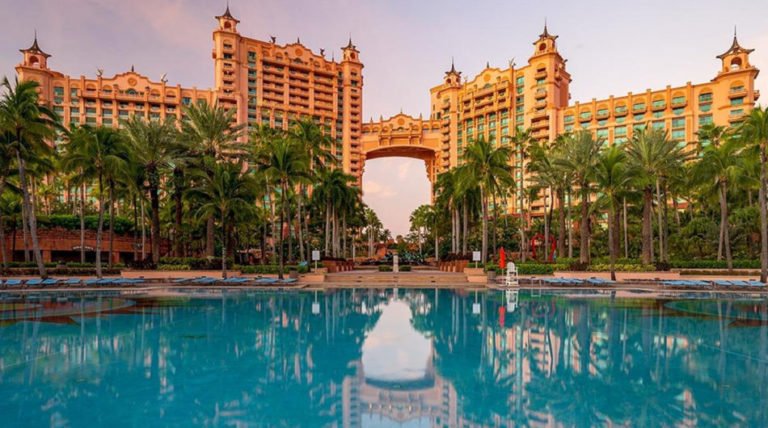 NASSAU, BAHAMAS — Bahamas Hotel Catering and Allied Workers Union (BHCAWU) President Darrin Woods said yesterday that as the bargaining agent rounds up its review of the number of its members that wish to remain home or be made redundant, Atlantis Resort on Paradise Island has advised the union it will bring back a portion of furloughed employees as the holidays season approaches.

Asked how many furloughed employees could be return to their jobs, Woods said while Atlantis has indicated a portion will return, the resort had not provided specifics.

“All of that we are trying to get through this week coming up because like I said you can always appreciate that we just got a communication from them,” Woods told Eyewitness News.

“In both ways they are going to be looking at doing two sets of things. They will be able to tell you as I don’t have that information. But they have expressed that.”

Just under 50 percent of the union’s membership remain furloughed, around 2,000 employees.

The union met with its nearly 5,000 members last week to discuss the end of the state of emergency and the resumption of sector 26 of the Employment Act, which was suspended under those orders.

Woods said more 100-plus employees expressed a desire to be made redundant on the first day.

“We’re still collecting the data, but it sounds like it is well over 100-plus persons who are interested in staying home so far,” Woods told Eyewitness News, noting that he believes that figure has surpassed 300 as of Sunday.

“And so, we are still collecting that information from them

“We started on Wednesday past and also the same thing with persons in terms of vaccinations, we’re still collecting that information to find out exactly how many persons are vaccinated.

“In terms of the redundancies we hope to have that concluded before the end of the week.

“And likewise with the vaccination process. We are trying to ensure them that it is for our benefit in terms of trying to approach government as a way forward for members of the hotel union until the matter of whether or not — as far as we’re concerned it is illegal — the testing and paying of it for employees, how does the law look at it.”

Unvaccinated Atlantis employees have been required to pay for a COVID-19 test weekly as part of their employment. Woods said employees have to seek tests a private facilities as the testing is not facilitated in-house.

He said: “We reminded the government officials that if our law says something I don’t care what your international policy is, it cannot supersede, well it should not supersede the law of the Commonwealth of The Bahamas.”

Asked about ongoing discussions with the resort, Woods said: “We have had a letter from them and we were waiting on them to respond to the letter. We received a letter; I think it was on Tuesday and we asked for some information. And so, I guess we should see the letter. If it hasn’t reached as yet it will probably be by us by Monday or Tuesday.”

He also said there are employees on the job who have expressed a desire to be made redundant, as the union also encouraged Atlantis to look at those who wish to be disengaged and those reaching the retirement age.