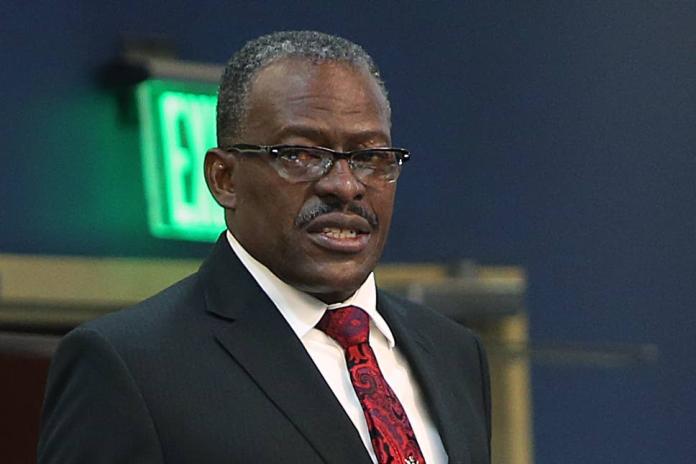 NEW YORK, USA — Trinidad and Tobago’s national security minister, Edmund Dillon, was on Thursday ordered by the New York Supreme Court to stop any transactions related to the accounts and properties of an elderly and incapacitated man in Manhattan, New York, whom Dillon claims signed over access to his properties along with banking account details.

Dillon, who was in court as the petition was filed by, and granted to a family member of the alleged victim, Neville Piper, has been back and forth to New York over the course of the last several weeks in an attempt to answer the fraud related charges and to address the court.

The petitioner, Esther Nicholls, as a result of the recent court order, has been awarded temporary custody and guardianship of Piper until the matter is resolved.

It is alleged that Dillon illegally transferred ownership of a New York condominium said to be the property of Piper.

Piper’s lawyers and the petitioner allege that Piper, who now lives in a retirement village, has no recollection of ever signing ownership over to Dillon at any time and does not recognize Dillon as being anyone he would have done business with. In addition, Piper alleges that the signatures on the reported transfer of property in the condominium are not his own and are forged.

The court documents also indicate that a follow up visit to examine the health and soundness of Piper found him to be wheelchair bound, but in possession of his mental faculties and astute in his observations and accounts of his last few months.

It is also alleged that between August 2017 up to October 2017, after which initial motions against Dillon were first filed, Dillon and his attorney, Ernest Wilson, transferred a total of over US$500,000 from Piper’s accounts, with some of the withdrawals allegedly being deposited to accounts owned by Dillon and Wilson.

The presiding Judge Laura Visitacion-Lewis has ordered that Dillon be enjoined, restrained and prohibited from transferring any interest in the New York condominium owned by Piper until the court case is finalised and a verdict is reached.

Judge Visitacion-Lewis also ordered that Dillon and Wilson are enjoined, restrained and prohibited from transferring, secreting or disposing of any monies and/or assets owned by Piper until the court case is finalised and a verdict is reached.

If found guilty of the charges of fraud, the amount is more than US$50,000 but less than a million, which classifies it as C class felony, and Dillon can face anywhere between five and 15 years in prison on each count; and between one to three years on each count less than UD$50,000.

This article was written by YOURI KEMP, Caribbean News Now associate editor  and reprinted from caribbeannewsnow.com.