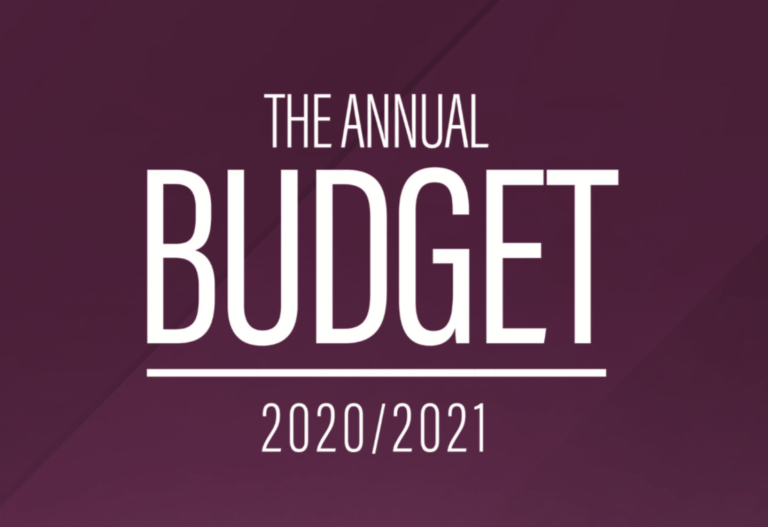 NASSAU, BAHAMAS — Branded as the “Resilience Bahamas Plan’, the Minnis administration’s plan for the upcoming fiscal period will see large cuts across the government ministries and agencies, tax exemptions and incentives, and major increases to the country’s social safety net, despite the financial shock sustained by the global slowdown.

A large portion of government expenditure will go toward servicing public debt.

The allocation for ‘public debt servicing – interest’ will increase form $377.1 million to $396.9 million, according to the budget.

The government is expected to borrow over $2 billion in the upcoming budget, up from the $1.35 billion borrowed in this fiscal period.

During the budget communication delivered in Parliament on Wednesday, the Minnis administration outlined its plans for stabilizing the domestic economy, sustained employment and accelerating wide-ranging government reforms amid an economy “far worse than the 2008 global financial crisis”.

Government debt is expected to grow from $940 million this fiscal period to grow to $1.3 billion in the upcoming fiscal year.

In his communication, Turnquest pointed out that for the past three years, the government has been able to achieve sustained economic growth over the medium and long-term through its fiscal consolidation strategies, which including bringing down the deficit and containing debt growth.

During a press conference yesterday, however, the minister said the government has executed its “resilience Bahamas plan”, to protect families, communities and businesses in The Bahamas.

The Ministry of Finance’s budget will see a decrease of around $17 million — from $280 million to $263 million.

The allocation for support for the Small Business Development Centre will increase from $2.5 million to $4.5 million — in line with the government’s commitment to assist small to medium sized enterprises (SMEs).

However, the “Skills Enhancement” program in the Ministry of Finance, which was allocated $30 million this fiscal period, appears to have been removed altogether.

The line item “cruise line operators arrears” in the Ministry of Finance will see a decrease from $12.4 million to zero, according to the budget.

An allocation of $11.4 million was made for NIB temporary unemployment assistance this fiscal period.

An apparent new line item in the ministry, ‘special economic assistance measures’ will be allocated $68.8 million in 2020/2021.

According to the budget, the Treasury Department’s allocation for 2020/2021 will be reduced from $109 million to $82 million.

A large portion of this can be attributed hedging losses of $16 million and fees and charges of debt transactions decreasing by $4 million.

The vast majority of the decrease stems from the salaries of permanent, pensionable workers and contract workers — $25.4 million and $1.1 million respectively.

Additionally, a provision for contingencies in the Ministry of Health has been allocated $21.3 million — an apparent new line item.

However, an apparent new line item — the Department of Public Health — has been allocated $45 million.

The allocation for the National Health Insurance Authority (NHIA) will increase from $20 million to $38 million.

The Ministry of Public Works and National Insurance will see a decrease of $25 million — from $288 million to $263 million.

The Office of the Attorney General will also see its allocation decrease from $19 million to just over $15 million.

The Ministry of Foreign Affairs’ budget will decrease from $33.6 million to $28 million.

The Office of the Prime Minister’s budget will also decrease from $26.6 million to $20.8 million.

The Ministry of National Security’s budget has increased from $6.5 million to $7.4 million, while at least three law enforcement agencies received notable decreases.

The Department of Immigration’s budget will decrease from $37.5 million to $31.7 million.

The government has said it plans to continue to invest in the education of young Bahamians by providing free tuition to eligible students of the University of The Bahamas (UB) and the Bahamas Technical and Vocational Institute (BTVI).

The Department of Education’s allocation will decrease by $10 million.

The budget for the Ministry of Transport and Local Government will increase from $9.6 million to $10.1 million.

The budget for the Ministry of Youth Sports and Culture also decrease substantially.

The government has budgeted $18.9 million for the upcoming fiscal period, compared to the $24 million budgeted for 2019/2020.

The Department of Environmental Services will also saw a drop in its allocation.

Meanwhile, the budget for the Department of Environmental Health Services will also decrease.

The government has committed a $106 million allocation to the Ministry of Tourism and Aviation.

The borders have remain closed in The Bahamas since March 27, brining to a halt cruise line and stopover visitors as jurisdiction across the globe restricted travel.

The prime minister has said he hopes the country will be able to reopen by July.

Meanwhile, the Ministry for Grand Bahama’s budget will be decrease from $12.6 million to $9.7 million.

In the budget, the allocation for the Department of Transformation and Digitization will increase by over $23 million.

The bulk of the increase can be attributed to the more than 60 percent increase in the allocation for operation of data centers — from $12.5 million to $20.5 million.

‘Utilities and communications’ in the department overall will increase from $12.5 million to $39.7 million.

While unclear what this means potentially for the communications sector, the government has pledged $23 million to the Bahamas Telecommunication’s contingent pension liability, up from the $3 million in 2019/2020.

Allowances account for $65.9 million or 2.6 percent of the budget — down from the $82 million this fiscal period.

Parliamentary officials gratuities will be slashed from $600,000 to $150,000 in the upcoming fiscal period, the budget reflects.

In the Ministry of Public Service, the global provision for “new appts – monthly employees – will decrease from $8 million to $3.1 million.

Special allowances in the Treasury Department will also decline from $5 million to zero.

Similarly, special allowances in the Ministry of Health will be reduced from $2.5 million to zero.

The largest decrease to allowances comes in the Ministry of Finance — from $14.6 million to $223,000 million.

Is the skills enhancement program referring to the “52 weeks program”? If so won’t that put a lot of persons out of work? These persons have children to feed, rent to pay and so on. There are those within that count that would’ve been at gov agencies for about four years now. So that program is actually a living for these persons. Finding a new job at the time is borderline hopeless. I really think that they should reconsider and think about the many lives that will be affected by this cut.