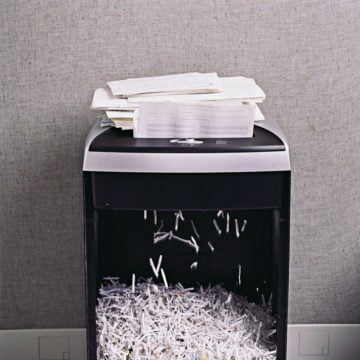 NASSAU, BAHAMAS – An audit of the Bahamas Consulate General Office in New York revealed that a summer student was responsible for shredding documents, among other duties, but there was no approval attached or a list of the documents shredded.

The matter was uncovered following the review of a cheque dated July 8, 2016.

In his report, Bastian said, “We recommend that when documents are identified for shredding or destruction, approval should be sought from the Ministry of Finance through the Ministry of Foreign Affairs.

“Once approval is given, a copy of the list should be sent to the auditor general.”

Bastian noted that the audit was carried out on a sample basis and “consequently, our work did not involve a detailed review of all aspects of the system and cannot be regarded as a comprehensive statement of all weaknesses that exist or of all improvements that might be made”.

Auditors noted that following a review of the expenditure vouchers a number of transactions remained outstanding, including $400 for the payment for assistance to a Bahamian in distress; and $5,000 for the purchase of camera equipment.

Auditors recommended that every effort is made to collect funds outstanding and deposited to the operational account.

“During our scrutiny of expenditure vouchers we noted that cheque number 2737 dated March 8, 2017, in the amount of $166.78 was paid in respect of transportation allowance,” the report read.

“We noted that National Insurance contribution of $33.32 was deducted.

“However, there is no evidence that the contribution was paid.

“We recommend that proof of payment be made available for audit inspection.”

“We recommend that proof of payment be made available for audit inspection.”

A review of payment vouchers in March, 2017, showed $200 was expended for the purchase of Thailand visas on behalf of the Ministry of Foreign Affairs, but, based on the documents provided, $300 was sent to the consulate for services.

The Consulate General Office incurred $8,502.28 for Independence celebrations in 2017, according to the report.

That year, $15,000 was sent to the permanent mission, however, the funds were not referred to the Consulate Office, but were instead used for recurrent expenditures, the auditor general stated.

“We were informed that the transfer did not indicate what the funds were sent for,” auditors wrote.

“We note the importance of the Independence celebration, as it is a representation of the Commonwealth of The Bahamas and therefore suggest that adequate budgeted amount be sent to the various missions and embassies.

“This budget should be agreed between foreign affairs, heads of foreign services and [the] Ministry of Finance.”

According to auditors, three full-time drivers are were employed by the Permanent Mission and Consulate General Office, however, between May 2016 and June 2017, $5,772.61 was paid for private drivers.

The auditor general recommended that the drivers be used more efficiently between the missions and the consulate.

Auditors also found that the consulate incurred $6,150 in removal and storage fees for furniture from the official residence during August to November 2017.

Auditors recommended that, as far as practicable, furniture be held in storage for a minimum period to reduce cost.

As it relates to travel and subsistence, the register was not up to date at the time of the audit.

The clearance report filed was not provided to auditors in order to verify that travel was completed.

“We could not confirm whether all officers completed clearance reports,” the report said.

“We recommend that clearance reports be completed with 21 days after the officers’ return to office as stated in the Bahamas Government Accounting Procedural Manual 10.5.”