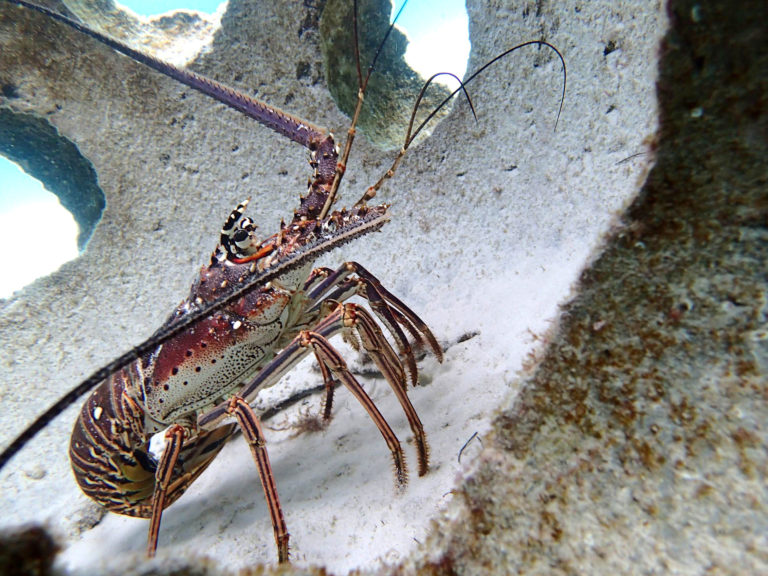 Twenty-four-million dollars’ worth of spiny lobster are safeguarded every year in marine protected areas, a recently released report revealed.

The “Economic Valuation of Ecosystem Services in Bahamian Marine Protected Areas” report, commissioned by The Bahamas Protected Project said, about six million pounds of spiny lobster are in the protected areas.

The report went on to point out that protecting more breeding grounds would increase the annual output of this resource.

The Bahamas Protected Project is a three-year initiative to manage and expand marine protected areas in the country, in an effort to safeguard the economic value of marine ecosystems.

“It’s clear many of these protected areas contribute to the Bahamian economy by providing breeding grounds for the spiny lobster while ensuring the longevity of the fishing industry as a whole,” said BREEF Executive Director, Casuarina McKinney-Lambert.

The report notes that the country’s most valuable fisheries product is the spiny lobster with about $65 million exported annually.

“This project,” said Jupp, “seeks to use the best available science and to consult with fishermen and the public. We encourage people to attend the meetings scheduled during the months of March-May.”

The BNT said there are about 4,000 fishing boats manned by Bahamians who depend on the longevity of the fishing industry to survive.

The report quantified how much nursery habitats, such as mangroves and sea grass areas, within marine protected areas, contribute to the protection of juvenile spiny lobster and in turn the annual production of spiny lobster in the fishery.

For example the report highlights the Exuma Cays Land & Sea Park, in which the protected juvenile habitat sustains over 240,000 pounds of catch and $1 million in export value to fisheries outside the park boundaries.

The full report pointed out that the ecosystems within existing marine protected areas of The Bahamas have annual economic benefits of around $6 billion. These economic benefits are not only said to include the benefits of the spiny lobster habitats, but also benefits from shoreline protection, touristic activity, and the benefits to the international community such as carbon storage in these areas that mitigate the worldwide carbon footprint and protect against climate change impacts.

Principle researcher on the report Dr. Katie Arkema said this helps give a sense of the importance of the economic value of these habitats to this important fishery.

“This valuation helps to inform planning as well,” she said. “We can think of how to allocate resources to management and where we need to inform new developments so these developments don’t impact these nursery habitats.”

Bahamas Protected is set to hold community meetings in New Providence and in the Family Islands to seek input and build support for the expansion of the Bahamian marine protected areas network.

The expansion is said to include beaches, coral reefs, sand flats, and mangroves along with other features, and is a part of The Caribbean Challenge Initiative that The Bahamas and 10 other countries signed on to protect 20 percent of each country’s marine and coastal habitats by 2020.