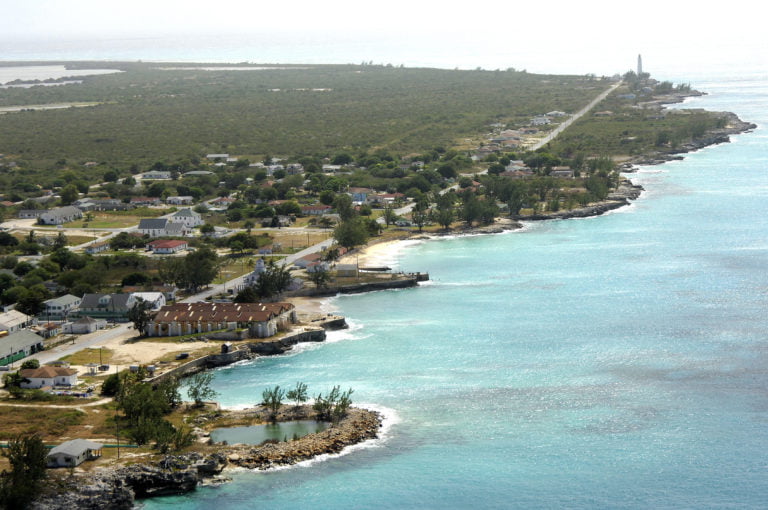 NASSAU, BAHAMAS — Inagua Island Administrator Marlon Leary said since the return of full commercial activity on the island a sense of normalcy has returned, but residents and authorities of the southernmost island remain on “high alert” to preventing the coronavirus (COVID-19) from reaching Inagua’s shores.

“Our borders are still closed and we are keeping a tight schedule,” Leary told Eyewitness News.

“I have briefings everyday with the police, and the defense force, and immigration.

“We keep in constant contact. Our borders are still tight, and closed because you know Inagua is the gateway to The Bahamas through the south. We have been on high alert basically, even before the lockdown period.

“Since right before Christmas we had three illegal landings, so we were on high alert then, and then we heard about this COVID-19.

“It wasn’t a matter of if it comes, but when it comes into the country, so we were on high alert.”

He said emergency protocols were in place on the island from March 1 – weeks before the country closed down on March 27.

He said the opening of various Family Islands was set to begin in phase two of the government’s six-phase plan, but the decision was made to gradually reopen the islands by zone.

The prime minister said physical distancing and other safety protocols must continue to be practiced and enforced at all times.

Curfew and lockdown measures on all Family Islands remain in effect.

As of yesterday, there were 92 confirmed cases of the virus in The Bahamas — 72 in New Providence, 11 in Bimini, eight in Grand Bahama and one in Cat Cay.

According to Leary, despite having zero cases of the virus, residents in Inagua feel when cases are confirmed in the respective islands of New Providence, Grand Bahama and Bimini.

He said: “Everyone is concerned, but we try to encourage one another. That is basically the atmosphere. Everyone is trying to lift up one another. So, whether it is in Nassau, Freeport of Bimini, we feel that.”

Notwithstanding the measures, he said residents have felt some relief.

“Residents want total normalcy, but this is a start,” Leary said.

“That has kept our economy going.

“And then, you have the government employees and all the essential workers; you had the defense force here; the United States’ OPBAT operations is here. Basically, the economy of Inagua was flowing, so we don’t have that void with the absence of persons coming in for the tourism product.

“Of course, every bit helps, but with Morton here we are good. We get the mailboat on a regular basis. The Morton ship from the U.S.; when it comes it bring supplies, so we’re sitting good in Inagua.”

Authorities continue to sanitize the mailboat and items coming into the island, the administrator said.

He added that strict controls have been put in place for people handling freight.