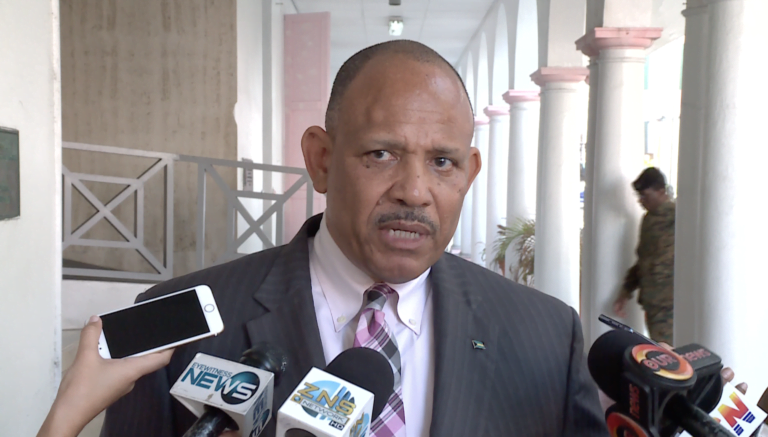 NASSAU, BAHAMAS – The government has released the remains of some of the people killed during the passage of Hurricane Dorian to their families, Health minister Dr Duane Sands confirmed today.

Sands told reporters outside Cabinet that the remains of four people from Abaco, and all bodies found in Grand Bahama have been released.

However, Sands clarified yesterday there have been 55 bodies or remains recovered in Abaco, and six deaths recorded in New Providence.

The deaths in New Providence reflect patients who were airlifted from storm-ravaged zones but succumbed to their injuries at hospital.

Of the 51 bodies being stored in Abaco, Sands said there are eight remains that have yet to be examined.

Outside Cabinet, Sands noted some migrants may not come forward to claim loved ones due to their legal status, and further suggested the government may consider utilizing an independent third party to assist with identification.

“There remains in the trailer in Abaco a significant number of bodies,” Sands said.

“DNA samples have been taken, and the expected time from DNA sampling until comparison and conclusion can be as long as six to nine months that is the international standard and timeline unless you use rapid DNA techniques.

“So yes there are still a number of remains in Abaco. Four persons have been released to their families, all of the others remain yet to be identified, yet to be released.

Sands continued: “We have had a discussion about burial in a dignified fashion. We have not made progress on that but we will need to identify a site, and identify a grid so that these bodies can be interred at the appropriate point and then exhumed if their loved ones are able to identify them, so that their remains can be turned over to their families.”

Sands said the government would like to limit the amount of time bodies will remain in storage; however, there was no set deadline.

“We have remains in New Providence that have been here in refrigerated trailers for years so there is no absolute limit as to how long you can keep refrigerated remains,” he said.

“In this instance however, at that facility, to have a trailer sitting there for an indefinite period of time is not ideal. And so what we’d like to do is to be very aggressive in terms of making it safe and easy for individuals to self-identify.

“Bear in mind that there is a challenge that some people may be afraid to come forward if immigration status is not ideal. This problem is not unique to the Bahamas, so to have an independent third party perhaps act as an intermediary so that the process of identification can take place may be an option that we consider.”