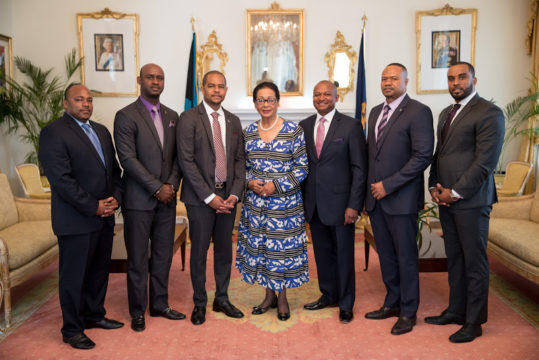 With promised legal action pending against the government, one noted attorney with regional experience has presented an eight-page letter to the Prime Minister, laying the case for gaming operators opposed to the proposed tax regime and detailing a number of pressing issues he argues could lead to more monumental challenges for the country.

Calvin Wilson of Calvin Wilson & Associates, in a letter dated June 10, wrote the prime minister, urging his “immediate intervention … for an expeditious resolution of this matter, given events that may transpire at the Financial Action Task Force on Money Laundering (FATF) in a few days.”

Gaming operators wrote the finance minister requesting a meeting to discuss the proposed tax changes, however, that request has gone unanswered, prompting the gaming operators association to proceed with a lawsuit against the government,

Wilson is a former banker in Trinidad and Tobago, barrister and former senior Crown prosecutor in the United Kingdom (UK); the immediate past executive director of the Caribbean Financial Action Task Force (CFATF) and now a global consultant on strategy and public affairs on anti-money laundering and combating the financing of terrorism issues.  He argues the fact that the proposed tax regime could mean a resurgence of the gaming “black market”, does not bode well for the country’s image globally.
Gaming operators have threatened downsizing as a result of government’s proposed tax regime, which will see the taxing of profits of up to 50 per cent.  There is also talk that operators may take their operations underground once again.

It is what partly motivated Wilson, he said, to reach out to the nation’s leader.

“My motivation in writing this letter is my firm belief that there must be a robust partnership between the public and private sectors, supported by solid and reliable empirical data, involving full and open consultation with all relevant stakeholders and grounded in expert analysis, to support public policy choices and to address burning national and regional issues,” Wilson said.

“This approach should be brought to surmounting the difficulties being experienced with issues such as compliance with international standards on money laundering and the financing of terrorism, as well as the de-risking and the loss of correspondent banking relationships crisis, that continue to beset the region.

“My view is that this partnership should also extend to the need for innovation and the use of new technologies with the assistance of international private sector partners, in order to secure the long-term peace, stability and economic prosperity of the Caribbean Basin Region”

He said it may not be widely known, but the gaming sector in The Bahamas has a very good reputation regionally.  However, given the current heated national debate on the proposed tax increase – apparently without objective expert analysis and stakeholder consultation –  the potential flight of gaming operations to the black-market arena, and the flagging of illegal gambling as one of the top predicate offences by the Financial Intelligence Unit (FIU) could result in The Bahamas being called upon to address this issue with its regional and international counterparts in a few days.

“Therefore, any significant change in the taxing architecture of domestic gaming should be supported by expert analysis and stakeholder consultation to ensure that there will be no increase in the existing ‘black market’ illegal gambling and other,” he said.

Wilson speaking to a potential blacklisting argued that the current fight does not help the country’s cause on the international stage.

“All national efforts must be directed towards urgently moving past this impasse through creating the climate for dialogue so that an appropriate level of tax could return to black market illegal gaming operations, given the potential negative implications for The Bahamas’ international reputation at this very sensitive time,” he said.

“The government through the honourable Minister of Finance has pledged to the international community, in another critical area, that The Bahamas will actively engage industry stakeholders in public policy formation in the financial services sector, which includes the gaming house operators.”

I am grateful to Mr. Calvin WiIson for addressing this matter on behalf of Bahamians and I hope The Hon. Prime Minister will wise up and make the necessary changes while there is still time.