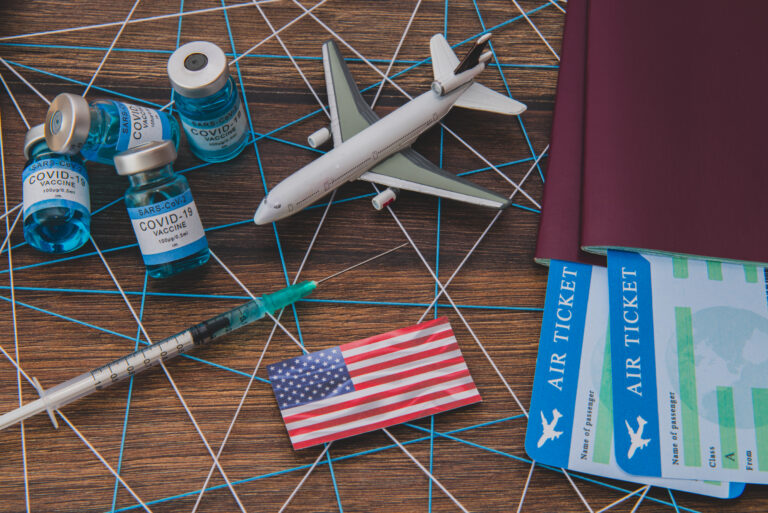 On campaign trail, Davis said testing requirements can be fulfilled without travel visa

NASSAU, BAHAMAS — An international organization suggested The Bahamas keep its travel health visa as a survey recently found the country to be one of the most popular destinations amongst unvaccinated Americans.

This news comes on the heels of the Progressive Liberal Party’s (PLP) sweeping election victory last Thursday, making Philip Brave Davis — who has proposed to end the travel health visa — the fifth prime minister of The Bahamas.

The large-scale survey was conducted by Atlys, the developers of a third-party app that enables travelers to navigate complex travel requirements such as visa applications.

It focused primarily on American adults, 18 years old and older, and included data from Atlys users between May 15, 2021, and September 5, 2021.

Based on the findings, The Bahamas ranked fifth on a list of popular destinations for unvaccinated Americans — most of whom were found to reside in nearby Florida.

A pie chart showing the results of a 2021 travel survey conducted by San Francisco-based company Atlys, which facilitates American travelers obtaining travel visas for countries around the world. (ATLYS)

A pie chart showing the results of a 2021 travel survey conducted by San Francisco-based company Atlys, which facilitates American travelers obtaining travel visas for countries around the world. (ATLYS)

According to a spokesperson from Atlys, the survey’s findings suggest that it would be in the best interest of the country’s tourism industry to continue the travel health visa program, due to its popularity with unvaccinated American travelers.

One of the newly sworn-in prime minister’s campaign promises was that if elected, his administration would end travel health visa requirements for Bahamians and visitors.

Davis previously called the travel health visa, which was rolled out in November 2020, “a burdensome, unnecessary tax on Bahamians at a time of widespread economic pain”.

“The PLP will end it,” he vowed at the time.

He also said: “Because any testing or insurance requirements related to COVID may be kept in place as needed without the travel visa, there is no purpose for the visa that justifies the additional cost burden.”

However, Atlys Founder Mohak Nahta said based on the survey’s data, it would be more appropriate for The Bahamas to continue with the program.

“It is beneficial to continue the Bahamas health visa program, given the high percentage of unvaccinated Americans visiting The Bahamas,“ said Nahta in an interview with Eyewitness News.

He suggested that the country streamline the travel health visa application process to save visitors time and money, insisting that travelers can complete their travel health visa forms in a shorter time frame on the Atlys platform.

The travel health visa previously came under fire due to speculation surrounding the procurement of a contract, with the then-opposition alleging that electronic online payment retailer Kanoo obtained the health visa contract because of political affiliation.

The Ministry of Tourism has since quashed the rumor, saying the speculation is “wholly untrue”.

It also put to rest rumors about what was done to funds collected from the program, which amounted to some $9.8 million — 82 percent of which derived from visitors, with $2.4 million in surplus after expenses.

In June, former Tourism Minister Dionisio D’Aguilar also defended the government’s use of the travel health visa, saying that it “worked very well” in helping to “keep our COVID numbers low while bringing large amounts of visitors into the country”.

There is no word yet as to how the Davis administration intends to move forward on this matter, but Attorney General Ryan Pinder said it will eventually take a close look at the contracts issued related to the COVID pandemic.

Are they checking vaccination cards on the southern border with Mexico? Or getting travel visas on the thousands of illegals entering their country?

So how the findings should end with them getting a contract of handling the forms with a cost of course…..