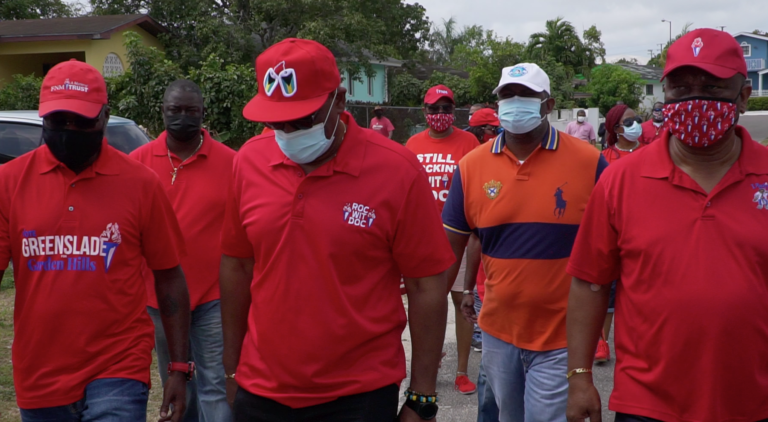 Yesterday, during the handing over ceremony of 33,600 Oxford AstraZeneca vaccines, the prime minister urged the public to adhere to health protocols over the Easter holiday weekend and reminded that groups must be limited to five people on beaches and parks on New Providence and Grand Bahama.

It was pointed out to the prime minister that groups well over a dozen people have been observed in various constituencies in recent weeks, including the FNM, which campaigned in Garden Hills over the weekend in full regalia.

But the prime minister insisted that all individuals in the group wore facials masks and followed other health measures.

It was not made clear why residents could not use the same method to gather in greater numbers than five people per group.

In an interview with Eyewitness News, Moultrie said: “As far as I am concerned, any behavior that breaches the COVID-19 protocols with respect [to] large gatherings should be condemned, whether it is political or whether it is social.

“I believe it should be condemned, particularly the political campaigning because there is no need right now for such a campaign to be imposed on the Bahamian people in the middle of a pandemic — unless, of course, the prime minister knows something or he has been given some deadlines by some international institutions like the IMF (International Monetary Fund), IDB (Inter-American Development Bank), World Bank, etc, that the general election must be called before we go into this budgetary process.

“Otherwise, I believe such behavior in terms of campaigning — the two major political parties going into these various constituencies with large numbers of persons who are breaching the social distancing protocols, some of them are not wearing the masks and so on — is really a reckless behavior.

“It puts the campaign workers and the constituents in harm’s way.”

He said vaccination offers them a “certain degree of protection that the workers, as well as the voters in the various constituencies, would not have had the benefit of”.

“So, something like this has to be warranted by some decree coming from external forces.

“I don’t believe that the prime minister will knowingly and recklessly do something like this that is not being imposed upon us.”

You doing a good job. Because they trying to take bahamian for fools and idiot’s . If they can do it we should be able to do it they are no better are no different than us