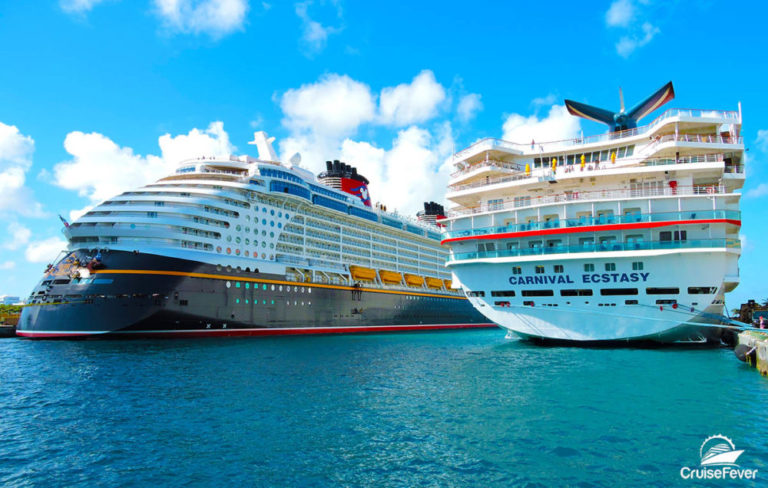 Royal Caribbean Cruise Lines (RCCL) President and CEO Michael Bayley said yesterday that the proposal submitted by a consortium of cruise companies to redevelop and operate the Port of Nassau “absolutely encourages Bahamians ownership, and participation”.

“Our proposal encourages Bahamian ownership, participation and quite honestly, we would love to see majority ownership by Bahamian investors,” the CEO said in an interview with Eyewitness News Online.

“Our proposal has that build into it.”

Asked to highlight some of the key elements of RCCL’s proposal, Bayley said design and concept efficiency of the facilities is a critical component for the management of cruise ships.

“We all know that we’ve got some very big ships and when you look at the order book over the next decade for the cruise industry there is a lot of new ships coming online,” he said.

“We fully understand what those ships will be and how they will be.

“And so, that really fits into the consortium’s proposal because we have that knowledge that nobody else has of course because we are building these ships and concepting them in the future.

“That is a very important element.”

According to Bayley, the development of the destination is equally important and it is the view of the cruise line group that The Bahamas has huge potential in this regard.

He contended that the only way to develop the destination is through the establishment of a destination development group with representation from the local business community.

This is also contained in the proposal, Bayley said.

Speaking to the economic impact of the development, if the cruise companies are selected as the preferred bidder, Bayley said Royal Caribbean’s port development in the Berry Islands — Coco Cay (formerly Little Stirrup Cay) — alone is expected to see another 500,000-plus passengers arrive on The Bahamas’ shores per year.

That development is slated to open in the second quarter of 2019.

“If you then take all of the other cruise companies and think about the various projects that they’re engaged in and think about combining that with the development of Nassau as a destination, that number could be quite significant,” he said.

“And then, you simply have to multiply that number by whatever number you want to use as the revenue generated per passenger.”

Based on value-added tax refund requests by cruise passengers and exit surveys, tourism officials estimate that the average spend per passenger is in the range of $70.

However, the Florida-Caribbean Cruise Association put that figure at closer to $130.

The cruise companies that call on the Port of Nassau, including RCCL, Disney, Carnival, and Norwegian Cruise Line with local representation by Bahamian businessman Gerald Strachan are one three bidders to redevelop the port.

Other bidders include Global Port Holdings and a group represented by Providence Advisors.

The government issued a request for proposals (RFP) to develop Nassau’s cruise port and part of the downtown area.

This bid process closed on December 7.

Bayley said the cruise lines coming together demonstrates an interest in ensuring the success of the Port of Nassau.

“We’ve come together specifically to offer a proposal to develop the port and I think that demonstrates not only the commitment that all of these cruise lines have to The Bahamas, but the interest that we have in making sure it’s a success,” he said.

“It’s not totally unusual, but it’s pretty unusual for all of us to come together to agree that we’re going to not compete over this, so we can offer a proposal that we think would really work.

“And of course, we all know because we have been doing this for decades. This is kind of what we do.”

He added, “It’s really having the best in this space come together to create something that dramatically could be really game-changing.”

In recent years, Royal Caribbean has developed 20 ports across the globe and invested close to $1.2 billion, according to the CEO, who said the company has a long-standing history of development, as does its competitors.

He added that RCCL will meet with Prime Minister Dr. Hubert Minnis this morning to update the government on commitments made over a year and a half ago relating to employment of Bahamians for its shipboard operations and the expansion on Coco Cay.

Developing a port is so different from Operating one.

Where was your mind for last 20 years?

Proposals are already submitted and now he is going to meet the PM, woww! Is this fair during the evaluation process? And remember, he is the one talking about transparency etc

Why did u sell roatan if u pretend to be doing cruise ports?

A video recently reveals what u market on board of your shops and the salesman clearly says dont buy on shore..they are more expensive and worry about their quality etc etc..