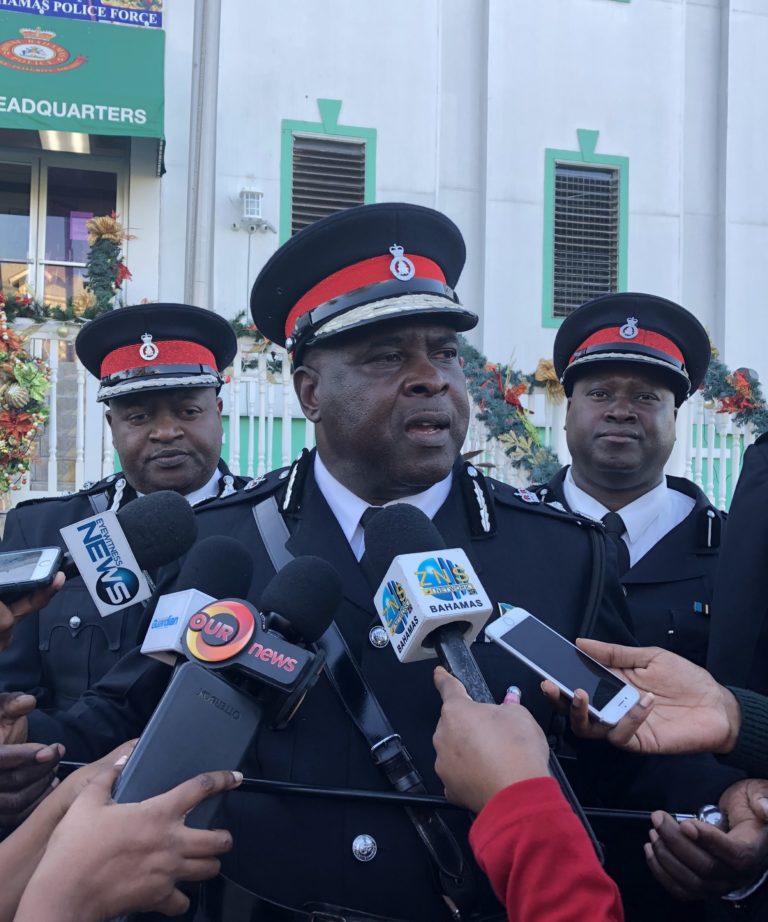 NASSAU, BAHAMAS – Just hours into the New Year, the police commissioner confirmed exclusively to Eyewitness News Online that the 2019 policing plan for the Royal Bahamas Police Force (RBPF) will not differ much from the one executed in 2018.

Police Commissioner, Anthony Ferguson, said that he was extremely pleased with the results of his 2018 policing plan and would make minimal tweaks to ensure that the Force’s crime fight is just as successful in 2019.

“When I set the policing priorities for 2018 we were determined to manage [the Force] by that plan and we did just that; and so when you see me release the policing plan for 2019 you won’t see much changes because I am very happy with the layout and format of the policing plan,” he said.

In 2018 the RBPF set its eyes on decreasing crime throughout The Bahamas through increased police presence, added mobile patrol, an increase in equipment to aid officers in their crime fight and the phased introduction of technological crime-fighting tools to increase the scope of police surveillance.

To this end, police saw that major crimes trended downward in 2018.

For the first time in nearly one decade, police said the country managed to stay below the triple digits in regards to murder statistics.

The police commissioner said he is elated with the progress of the police force.

“I feel extremely proud and want to thank God and the hard-working officers of the force. We have done well but there is still more work to be done,” he said.

National security minister Marvin Dames confirmed to Eyewitness News at the end of 2018 that ShotSpotter will be introduced to the crime fight in early 2019, followed by drones and body cameras for police officers.