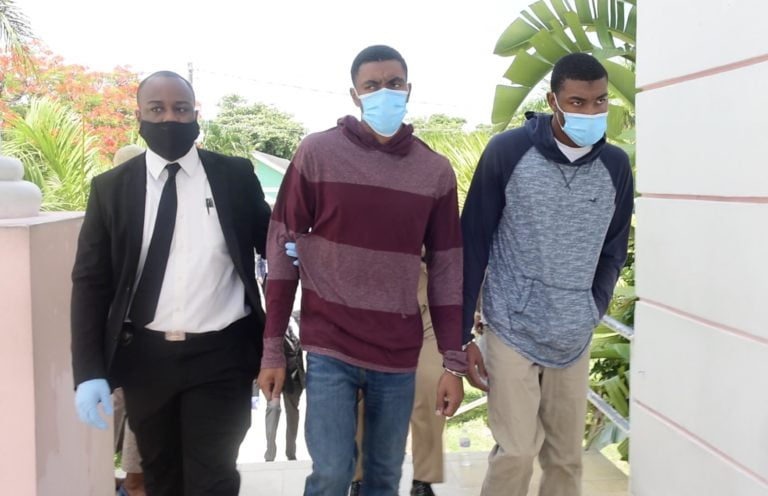 Yorick Brice Jr, 26, and his 19-year-old brother Maximus Brice, appeared before Chief Magistrate Joyann Ferguson-Pratt, along with a 17-year-old juvenile.

The trio were charged with two counts of rape.

Prosecutors allege that the group had unlawful sexual intercourse with two 19-year-old girls on Saturday, July 12.

The men were not required to enter a plea to the charges and were denied bail.

They were remanded to the Bahamas department of corrections until October 21, when they will be served with a voluntary bill of indictment.

However, they were later granted $5,000 bail in the Supreme Court.

The juvenile was remanded to the Simpson Penn Center for Boys.

Nathan smith appeared for the juvenile.