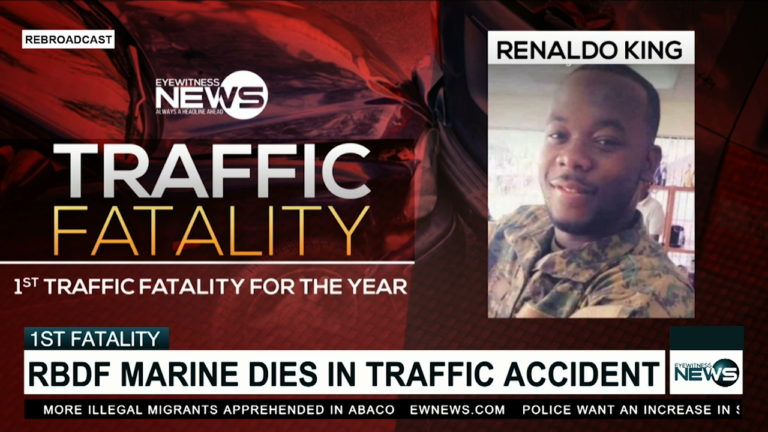 NASSAU, BAHAMAS –  The country’s first traffic fatality was recorded on Sunday after a  Royal Bahamas Defence Force marine succumbed to his injuries.

The marine has been identified by the Royal Bahamas Defence Force (RBDF) as 27-year-old Renaldo King.

The RBDF said King was enlisted on February 25, 2012, and up to the time of his demise, he was assigned to the Air-Conditioned Unit of the Force’s Engineering Department.

According to a press release issued Monday from the RBPF, it was shortly after 12:00 midnight on Sunday when police were called to the scene of a traffic accident on Poinciana Drive, involving a male riding on a 1999 Honda 650X Trail motorbike and a female driving a 2007 silver Honda Jeep.

King received serious injuries and was transported to hospital by paramedics, but he later succumbed of his injuries.

Officers of the RBPF’s traffic division are still investigating this incident.