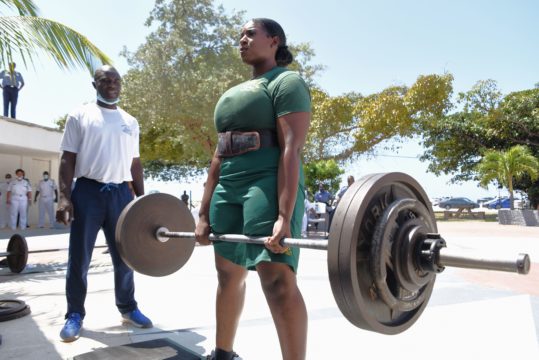 The RBDF Training Department continues to promote and aid in a healthier lifestyle, in line with Commander Defence Force Commodore Raymond King’s strategic mission of a fit, fighting force.

The event was one of several initiatives the officers and marines participated in during the month of March, including basketball, swimming, a one-mile relay, aerobics and seminars to promotes healthier lifestyle living.

At the event, marines were able to enter various categories and participate in friendly competition with the following results:

Coordinator of the Health and Fitness Month Petty Officer Denise Oliver is appreciative of the support given by the officers and marines thus far, which represents a boost for the morale and welfare of the organization.