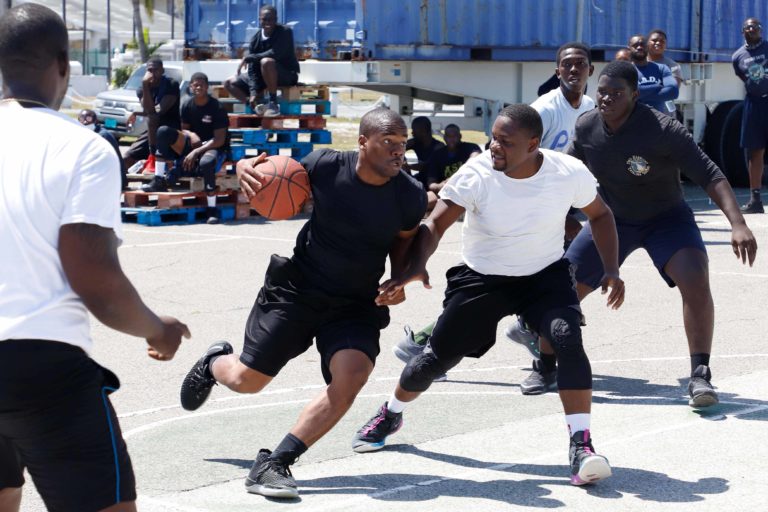 NASSAU, BAHAMAS — The Training Department of the Royal Bahamas Defence Force (RBDF) last week Wednesday hosted a friendly basketball competition to promote and aid in a healthier lifestyle, which is in line with Commander Defence Force Commodore Raymond King’s strategic mission of a fit, fighting force.

The “Lunch Bowl Basketball Jamboree”, which was held at HMBS Coral Harbour, featured a total of seven participating teams.

The games, which were officiated by the training instructors of Petty Officer Denise Oliver and Leading Mechanic Tyrone Brown, featured a single-elimination format, with the best two teams advancing to the championship round.

Playing for the championship were Team Showtime and Team E55.

Team Showtime, which showcased participants from various departments, was victorious with a winning score of 19 to 14.

The Training Department continues its ongoing effort to promote the health and fitness of its personnel with various sporting events and competitions during the month of March.