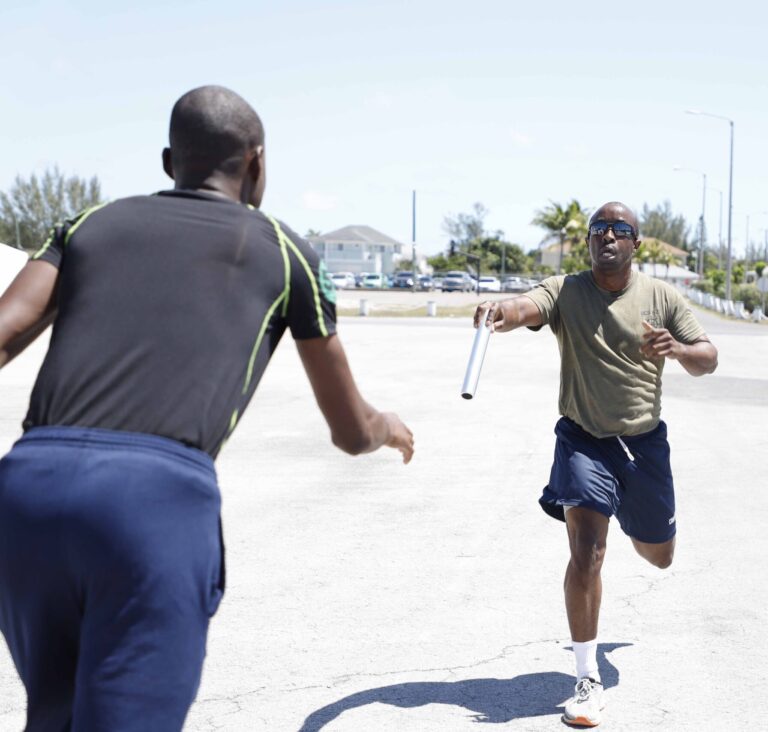 NASSAU, BAHAMAS — Members of the Royal Bahamas Defence Force (RBDF) concluded its month of health and fitness awareness with a one-mile relay competition on Friday, March 26, 2021, at HMBS CORAL HARBOUR.

During the highly anticipated meet, three teams comprising of five individuals participated in a timed race, which included a woman on each team. The teams consisted of personnel from both the Training and Administration/Prosecution Departments along with representatives from Entry 54.

The overall winner was the team of Entry 54, due to technicalities.

Special mention goes to the Training Department team, with the fastest combined time of 34.13 minutes.

Training Officer Lieutenant Commander Origin Deleveaux commended his staff for a successful month of activities, which also brought about a closer comradery with the friendly competition events.

In an effort to promote and aid in a healthier lifestyle — in line with Commander Defence Force Commodore Raymond King’s strategic mission of a fit, fighting force — the Training Department held several initiatives over the month of March, which also included basketball, swimming, aerobics and seminars to encourage healthier lifestyle living.