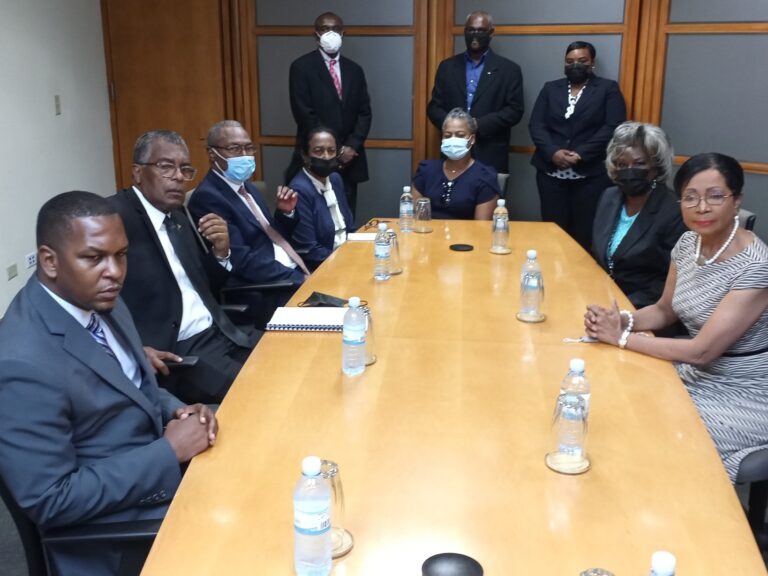 NASSAU, BAHAMAS — The Davis administration has decided to keep the Office of The Spouse of the Prime Minister, confirmed Minister of Foreign Affairs and Public Service yesterday.

The office was established in March 2018 under the Minnis administration and was met with mixed reviews over its purpose.

Speaking to Eyewitness News, Mitchell said the government made the decision to keep in line with CARICOM’s mandate to formalize the role of spouses and allow for the advancement of specific causes impacting women and children.

He noted that despite the Progressive Liberal Party’s opposition to the office when it was established by the former administration, “the rationale is clear so the decision was made to continue it.”

Anne Marie Davis, the wife of Prime Minister Philip Davis,  met with the minister and senior MOFA officers on Monday for a courtesy call and also viewed the facilities of the Office of the Spouse of the Prime Minister at MOFA.

Mitchell said: “In activating that CARICOM decision, an office was established in the Ministry of Foreign Affairs with a budget and staff which is now available to the current PM’s spouse. Mrs. Davis came to get briefed on the parameters of the office.”

Back in 2018, Davis told The Nassau Guardian that she was not convinced of the need for the establishment of the office.

She noted at the time that she has been very involved in charities and did not see the need to have an office to carry out those functions.

Patricia Minnis, the wife of former Prime Minister Dr. Hubert Minnis, said in December 2018 that the office served to fill a void for women and girls throughout the country.

During her tenure, she partnered with several organizations in advancing the mandate and launched several initiatives to address national issues relative to health, wellness, education, and the empowerment of women and adolescent girls.

She also served as an executive member of SCLAN, which committed to working with the First Ladies and Spouses of Heads of Government and of the Caribbean Community to champion the CariWac Initiative which is the Caribbean’s response to the UN Every Women Every Child global initiative (2010).