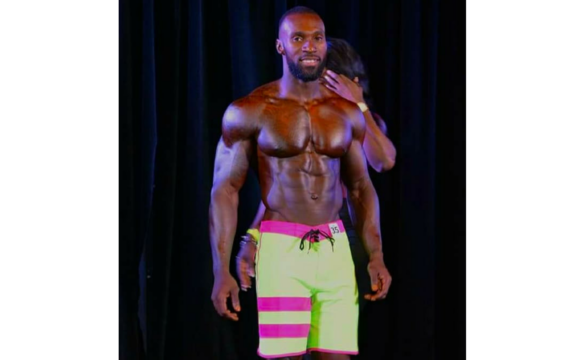 The three-day event begins on Saturday in Poland and features the top 30 pro physique competitors in the world.

“This is the pinnacle of our sport,” Rahming said in an interview with Eyewitness Sports.

“I’ll be going up against all of the winners from all of the shows throughout the year, so I’m looking to bring my best out for this competition. We compete all season in the qualifiers just to make it to the world championships. We’re going to fight it out to the end and see who’s crowned king when it’s all said and done.”

The Elite Pro Championships is the third major event Rahming has been entered in over the course of the past three months. Despite the wear-and-tear preparing for a show takes on the body, Rahming said he’s in better shape for this show than the others.

“This year I did a lot in terms of my nutrition. Everything was on key for me this year. At this point, it’s more mental than physical. I came in this year saying that I wanted to get a pro card. After that, I said I wanted to qualify for the world championships. Now I’m competing there. So, now it’s time to show what I have against the world’s best. Just wrapping my mind around that.”

Rahming was one of five Bahamian bodybuilders that earned a pro card in Bogota, Colombia, in March, in the Mr. and Miss American Bodybuilding Championships.