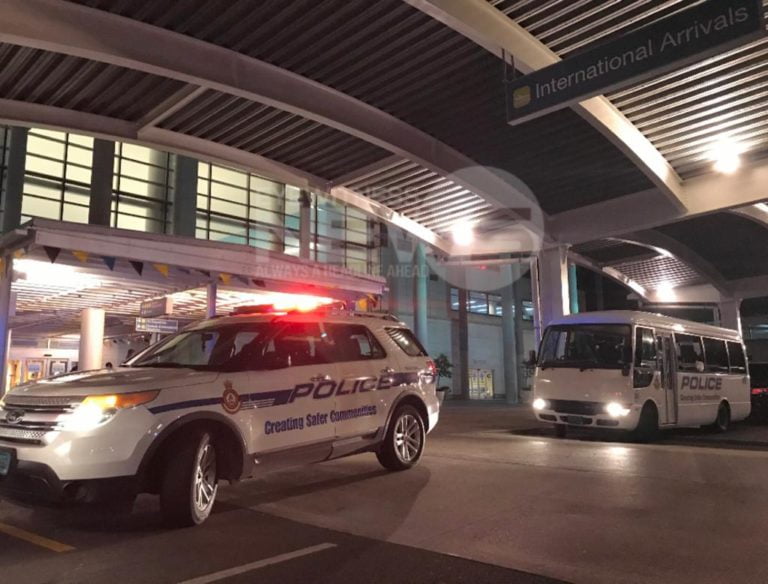 Passengers from GB, Florida, were shuttled in buses from LPIA after landing to quarantine (PHOTO: Royston Jones Jr.)

NASSAU, BAHAMAS — Passengers who traveled from Grand Bahama into New Providence yesterday said they were subjected to a grueling process that left them without food or water for hours without prior warning.

One passenger told Eyewitness News that he did not get into his room at a government quarantine facility until shortly after 2am today.

Bradley Strachan, whose name has been changed, said he landed in New Providence on a Bahamasair flight around 8pm.

Strachan’s flight was initially scheduled to depart at 5.30pm, but did not leave until two hours later.

Ahead of the flight, he said he was told that no Grand Bahamians would be allowed to board the plane.

Strachan, 22, said he showed officers his itinerary for a connecting flight to the United States today at 4pm.

Once in New Providence, he said passengers did not disembark the plane until 9.30pm.

He said the passengers were then taken to the baggage claim area, where they waited for nearly two hours. 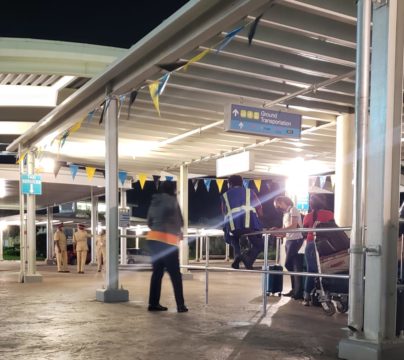 Meanwhile, Strachan’s mother said she could get no information from authorities about what was happening to her son.

“It’s 11.50pm, and he’s still at the airport from 4pm. He hasn’t eaten and they haven’t even offered him a bottle of water. He’s still sitting there,” she said.

“I home and he’s there. I think it’s unfair, if they knew they were going to isolate the people then they should have told them before.”

She continued: “Because then you could have just stayed home, at least you’ll be home, you safe, you home. On top of that, who’s going to reimburse us for the connecting flight? It’s unfair. And nobody is saying anything.”

The passengers were shuttled in buses from Lynden Pindling International Airport at intervals.

Strachan said his group did not leave the airport until nearly midnight.

He said they were taken to a quarantine facility, but later learned it was full.

While at the facility, Royal Bahamas Defence Force officers handed out bottles of water, according to Strachan.

At around 1.20am, Strachan said the remaining passengers were loaded onto a bus and taken to another facility.

He said he got into his room shortly after 2am.

In a video clip sent to Eyewitness News at 1.48am, a man can be heard shouting: “It’s like they catch us on the water or something.”

Chaos unfolded at the airport yesterday as scores of people attempted to leave Grand Bahama ahead of the two-week lockdown that takes effect tomorrow at 7pm.

Prime Minister Dr Hubert Minnis announced all domestic flights to and from the island would stop yesterday at 6pm.

Chief among concerns levied by passengers that traveled yesterday was the mandatory quarantine.

it was not organized At all at that airport.It was total lack of communication on behalf of government officials.Its my prayer that we get it right fail to plan plan to fail bottom line.