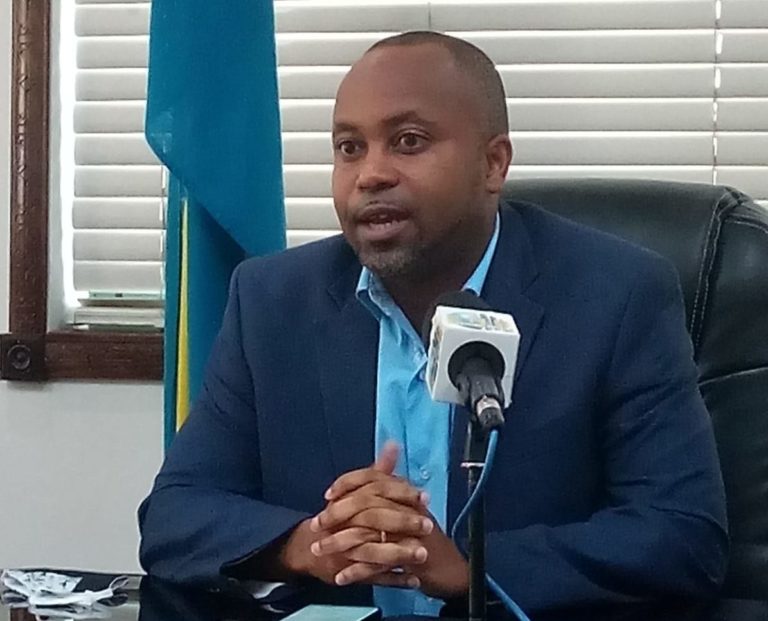 NASSAU, BAHAMAS — The Cabinet Office announced yesterday that Minister of State for Grand Bahama Kwasi Thompson had resigned from Cabinet temporarily with Senator Dwight Sawyer to be sworn in to act in his place.

The shuffle was done to facilitate the business of Senate today, while Thompson along with other Cabinet ministers remain in quarantine.

As a precautionary measure, all Cabinet ministers, including the prime minister, and staff who came into direct contact with the Bannister were required to self-quarantine.

The same day, Prime Minister Dr Hubert Minnis gave notice in Parliament of the government’s intentions to extend the public state of emergency to November 30.

The current order is expected to end on October 31.

Parliament is expected to meet today to debate and pass the resolution. It will then be tabled and debated in the Senate.

However, the rules of the Upper and Lower House indicate that an adjournment can only be moved by a minister.

All of the ministers in Senate, including Attorney General Carl Bethel, Minister of Labour Dion Foulkes and Thompson, are currently in quarantine and will not be present for today’s sitting.

Additionally, the Constitution only allows the prime minister to appoint three Senators to the Cabinet.

For a minister to move the adjournment, one of the sitting ministers had to resign.

Sawyer is expected to resign from the appointment at the end of the week and Thompson will be reappointed and sworn back in to resume his duties as minister of state.