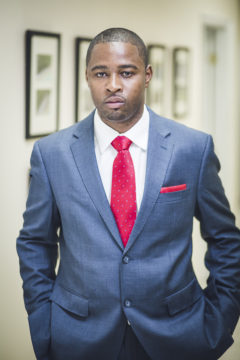 NASSAU, BAHAMAS – Labelling a recent US report as a “damning indictment” of the nation’s motorways, Bahamas Striping Group of Companies (BSGC) said more must be done to better guide drivers, particularly those travelling along unmarked, dimly lit roads on the Family Islands.

“A growing number of tragic traffic fatalities and serious accidents outside of the major islands and the OSAC report emphasize the urgent need to implement crucial safety measures to improve the journey and safety of motorists, especially those who must navigate treacherous roads with little or no lighting,” said BSGC’s president, Atario Mitchell in a recent interview.

“Drivers should be able to clearly see which lane they should follow. This stops them from drifting between lanes, ultimately reducing the risk of collisions.”

According to the United States’ Overseas Security Advisory Council (OSAC), Crime and Safety Report for The Bahamas 2019, traffic fatalities are “a major concern,” due largely to the year-over-year spike in traffic-related deaths.

“On many islands, the roads are two-way, poorly illuminated, in need of maintenance and repair, and not designed for high-speed travel,” the report noted. “Some major streets do not have adequate shoulders or even passable sidewalks, compelling pedestrians to walk in oncoming traffic…Roads on the outer Family Islands can be narrow, winding, and in poor condition.”

This month, the wife of a foreign contractor died when she lost control of her SUV while traveling on Somerset Beach Road in Fresh Creek, Andros. Following the collision, the car burst into flames. The woman died on the scene.

Two days earlier, San Salvador resident John Ferguson of North Victoria Hill died after being struck by a vehicle. At the time the 54-year-old man was walking in an unlit area. Police ruled out speed playing a factor in the pedestrian’s fatality. The driver, who remained on the scene, alerted the authorities to the tragedy.

“From Grand Bahama in the north to Inagua in the south, we know that many of our roads and highways require improvements whether it’s road rejuvenation or paving, lane markings, innovative solar reflective road studs to light the way, street signage or a combination of those things,” said Mr. Mitchell.

“The good news is we have developed and submitted road improvement proposals to undertake the necessary remedial work, so the government has at its disposal, solutions to this most vexing problem.”

He added: “The US report is a damning indictment, unveiling for the world what we already know, now is the time to improve safety for all road users.”

The OSAC report said traffic accidents pose a safety hazard in some parts of The Bahamas, primarily due to intolerant drivers speeding and driving recklessly.

According to Bahamas Striping, when cost-effective countermeasures for highway safety were implemented, they have proven to be effective in reducing unacceptably high numbers of traffic-related fatalities and injuries.

A few years ago, the company rejuvenated, striped and installed solar-powered reflective road studs and erected proper road signage on a 1,500-foot stretch of road at Chala Bay. The dangerous curve in Rock Sound, Eleuthera was a notorious site for traffic fatalities. Three years later, there has not been a single fatality in the immediate area, according to the managing director.

In 2016, BSGC was contracted to install thermoplastic striping with reflective glass beads and reflective road studs on some of Abaco’s most dangerous curves. The company believes this has proven to be effective in reducing the number of serious accidents on that island.

Other Family Islands should benefit from road improvements projects as well, the striping group said.

“In the case of Eleuthera and Abaco, these were areas with a history of serious collisions and were of grave concern for residents,” said Dr Albury.

“Improving drivability and visibility created safer roads. From what we observed and what we were told by the residents themselves, the improvements to those locations led to a reduction in the frequency and severity of crashes.”

In 2018, the nation recorded 63 traffic accidents resulting in 69 deaths, according to police statistics. Of the fatalities, 31 were pedestrians, 20 were behind the wheel, 12 were passengers, three were cyclists and another three were traveling on motorbikes.

The Bahamas marked a 28 per cent increase in the number of traumatic road deaths last year when compared to the 54 traffic fatalities recorded in 2017. In 2016, 44 persons across the country succumbed to critical injuries sustained in a car crash.

“The unforeseen loss of life in any circumstance is tragic. However, the news is even more devastating to us knowing that some deaths on our roads could be prevented with basic road safety enhancement features,” said Mr. Mitchell.

“It is our hope that our authorities move towards ensuring safer roads and highways across the nation.”