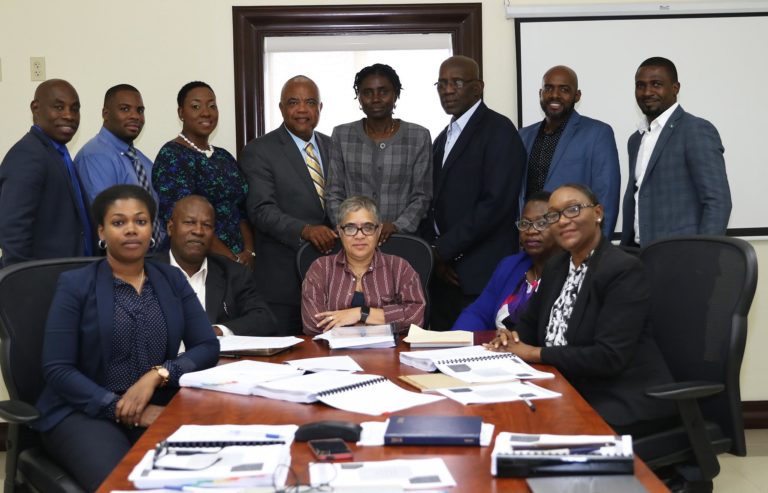 Residents of the capital are having their say on the concept of Local Government as the work of the National Advisory Committee (NAC) for the introduction of Local Government in New Providence intensifies. NAC has commenced stage two of its project with widespread consultation with the goal of presenting its findings to Cabinet later this year.  The committee has engaged Bahamian agencies to consult residents from the twenty-four communities on the island, inclusive of civil society organizations, the business community, the media and community leaders.  Participants in the consultation exercises were generally open to the idea of Local Government implementation for New Providence and were eager to offer suggestions on issues which ranked high on their list of community concerns – better area planning, education, waste management and even community safety. Those polled also offered their opinions on specific caveats designed to make a local government system more accountable and weighed in on how such initiatives could be funded without adding to the overall tax burden of Bahamians as well.

Since its introduction in 1996, the system of local government has successfully empowered residents of the Family Islands to address many of their unique concerns while developing their island communities. The Minnis Administration is now hoping to build upon that success here in New Providence by introducing Local Government to the island by 2020.

“I believe that empowering communities through local government would significantly decrease the nuisances and pollution ranging from residents burning trash in communities to the dumping of unwanted appliances on vacant lots,” he said. “Additionally, empowered communities would be able to address issues such as animal control and animal cruelty.

“We live in a country with innovative, intelligent and proud Bahamians who, while eager to assist in community and national development, are limited to vying for Parliament to contribute to the development of our communities and country at large. I think it’s time we encourage leadership at various levels of society and government”.

“Consultation with the public about what they want in Local Government in New Providence is critical,” explained NAC committee member Matt Aubry, of the Organization for Responsible Governance. “The goal of Local Government is to give citizens greater opportunity to express their ideas and concerns about their communities. This is an effort of empowerment and civic engagement; seeking input through an open and honest dialogue can provide an insight into what is really important to the people.”

With phase one of their consultation complete, the committee will begin reaching out to major stakeholders such as MPs, Government Ministers, Permanent Secretaries, Family Island Councilors, Family Island Administrators, major third parties and persons with institutional knowledge this week.

“We would love to sit with the Permanent Secretaries, MPs, Family Island Councilors and Administrators,” said Henfield. “We know that they hold the key to advancing democracy by empowering communities in New Providence”.

The committee itself reflects a diversity of residents as well as it is comprised of individuals such as Dr. Nicolette Bethel of the University of The Bahamas; Valentino ‘Scrooge’ Brown of the Hay Street Community Movement; Dr. Nicola Virgill-Rolle of the National Development Plan; Ed Fields of the Downtown Nassau Partnership; Roderick Pinder of the Bahamas Association of Local Government Authorities; morning talk-radio personality, Dwight Strachan, and many other noteworthy residents.