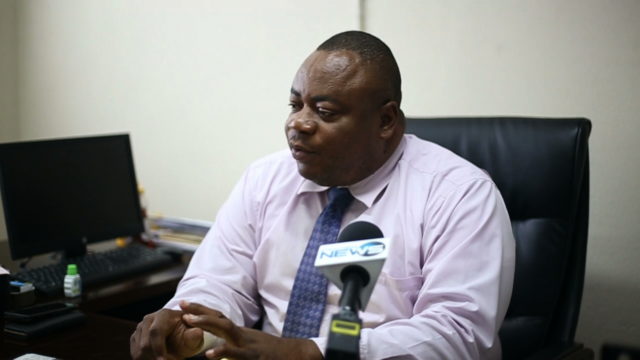 NASSAU, BAHAMAS – On the heels of a land mark court ruling, chairman of the Police Staff Association, Sonny Miller, said that they will be offering recommendations to the Promotions Board of the Royal Bahamas Police Force (RBPF) to correct several deficiencies.

Miller said the PSA also intends to call for the cases of officers who they believe were wrongfully dismissed to be reviewed.

In a ruling handed down last week by Justice Indra Charles, she said the Board overlooked a police constable from advancement to corporal, which was illegally constituted as former Police Commissioner Ellison Greenslade chaired the committee in question.

The ruling followed a Man Power Audit undertaken last year by the Ministry of National Security, which said that the 2017 promotional exercise, just days before the  general election, contravened policing policy.

The audit pointed out that former police Commissioner Ellison Greenslade participated in the interview process when he should not have.

The audit further revealed that that some officers “may or may not have been promoted justly/unjustly due to the lack of any systematic proof that they were the most qualified candidates.

“As for individuals not promoted, they may or may not have been justly/unjustly denied promotion as no systematic process was followed. Based on these comments it is unclear how officers would have had an opportunity to interview for promotions if they were not properly assessed during this process,” the audit stated.

Additionally, the audit outlined much cause for concern as a result of the last promotion exercise in particular, as there appears to be inconsistent practices, some of which were in violation of the Police Act.

In response, Miller, in an interview with Eyewitness News Online, said that he will be recommending that the proficiency examination for officers be reinstated.

“This was done away with some ten years ago and we strongly believe that it should be brought back as before and given twice a year to ensure that promotions are merit based,” Miller said.

“We met with the National Commandant of the Training School and he along with the Commissioner of Police have restarted the exam.”

Miller said during the last decade the exams were only “thought of” when a promotional exercise was announced.

The PSA Chairman also spoke to a number of cases where former officers are of the view that they were wrongfully dismissed and would wish for their matters to be reviewed.

“We will be writing to Commissioner of Police Anthony Ferguson to have his legal teams look at all those cases rather than have it go to court and make an effort to reach those officers to see if any resolution and or reinstatement can be reached.”