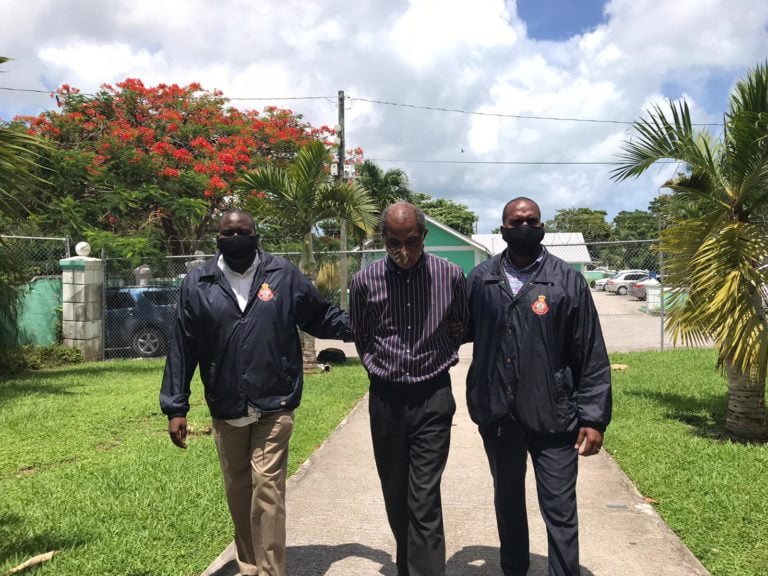 NASSAU, BAHAMAS — Managing Director at Priderock Group of Companies Phillip A. Lundy has been charged in a Magistrate’s Court with obstruction of justice.

Before Chief Magistrate Joyann Ferguson-Pratt, prosecutors allege that Lundy, 61, did threaten, intimidate or restrain Supreme Court Justice Ruth Bowe-Darville as she presided over a matter on November 28, 2019.

He pleaded not guilty.

Attorneys Ian Cargill and Barry Sawyer represent Lundy. Cargill said his client is an upstanding member of society with strong community ties and no previous convictions. He asked that Lundy be granted bail.

The prosecution did not object.

Cargill made the case that the alleged offense was outside the six-month limitation statute and his client was not properly brought before the court in a timely manner.

He said there was no fiat by the Director of Public Prosecutor.

A fiat is issued by the DPP to proceed on a matter which falls outside the statute.

The prosecutor said she would confirm when asked whether if she was in possession of a fiat. She later said there was a correspondence by way of letter to proceed to trial, but no fiat.

Pratt reserved judgement on whether the matter was properly before the court.

Lundy held his head in his hands during the arraignment.

The matter will resume August 5 at 11am.