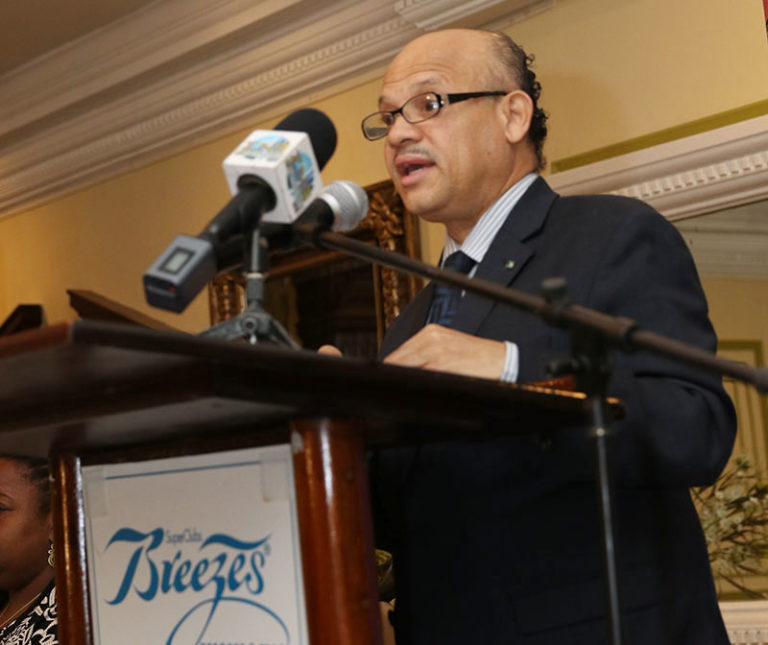 Bringing local produce items to over-the-hill communities has caused grocery stores across the country to drop its prices, according to Bahamas Agriculture and Industrial Corporation (BAIC) Chairman Michael Foulkes.

“Because of what we’re doing, they literally bought the prices down. I’ve watched them,” Foulkes said during a press conference Friday morning.

“We’re constantly in the market to find out what the prices are.”

The pop-up farmers market is a routine shopping experience for the country’s home-grown produce items on Gladstone road every Saturday, and according to Foulkes, the iems sell out every week.

Foulkes announced the pop-up market will be moving to Father Marshall Cooper park at 8am Saturday morning.

“We’ve been selling tomatoes for a dollar for quite some time,” he said.

Earlier this year government announced the Ministry of Agriculture and Marine Resources put a restriction on the importation of tomatoes and sweet peppers, due to an influx of tomatoes in the country.

Agriculture Director Gregory Rahming said, the restriction would allow for Bahamian Farmers to retain the market without added competition.

Nelson Brown of Super Value told Eyewitness News, papaya had dropped in recent weeks from $1.99 to $1.69. That price is compared to the Farmers Market rate of $0.55 per lb.

Foulkes said the next step for the industry is to begin exporting more.

“We often get asked why we don’t export more. We’re working on that. The Family Island farmers are excited,” Foulkes said.