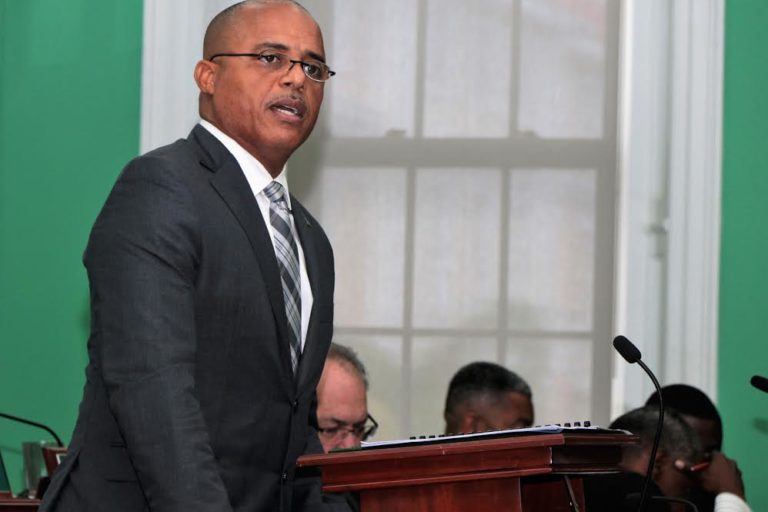 Convicted money launderers will have to fork over a whopping half million dollars or spend seven years in prison once the new Proceeds of Crime Bill, 2018, is passed, according to Minister of National Security, Marvin Dames.

In his communication to the House on Thursday, the minister said the Proceeds of Crime Bill, 2018, ‘ strengthens the previous legal framework through the establishment of a Ministerial Council and combats identified risks by stiffening penalties and introducing sanctions to hinder corruption.

“The Ministerial Council will have the responsibility of assessments as it relates to the effective implementation of the Identified Risk Framework (IRF) to eliminate identified risks,” he said.

Dames described the Bill as a hybrid with relevance to both financial and criminal legislation and noted that the Bill broadens the scope for fighting crime by encompassing both the Tracing & Forfeiture of Proceeds & Drug Trafficking Act (1986) and Proceeds of Crime Act (2000).

“Where the Tracing and Forfeiture of Proceeds and Drug Trafficking Act 1986 did not go far enough, the Proceeds of Crime Act 2000 made some inroads,” said Dames. “…and what those Acts were not successful in accomplishing, this Bill will achieve and put our nation on par with global financial and anti-corruption standards.”

Unlike its predecessors, the proposed Bill will cover all identified risks including money laundering; terrorism financing; terrorism; corruption, proliferation of weapons of mass destruction, human trafficking, virtual currencies – digital representation of value which can be digitally traded – and other factors that the Minister, by regulations, may recommend.

“The nuts and bolts of these far reaching and significant Bills is to launch an effective assault against the criminal networks operating throughout the country,” said Dames. “No matter where they may be operating, in communities, in the financial sector, across jurisdictions or on the deep web – it does not matter.”