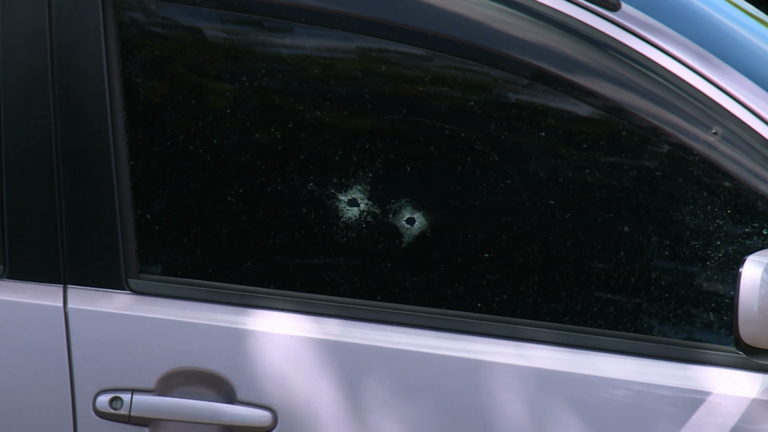 Police are actively searching for one of the three suspects involved in a daytime robbery that took place in front of Royal Bank (RBC) in the Prince Charles Shopping Centre, shortly after noon on Monday.

Chief Superintendent Solomon Cash noted that officers from the Canine Unit at the Bahamas Department of Corrections (BDOC) were in the vicinity when the robbery took place and began firing at the suspects as they charged towards officers in a silver Toyota Passo.

“Officers came from their department vehicle and walked towards the suspects’ vehicle, the driver sped off and charged towards the officers.”

“The officers – being in fear of their lives – produced their service pistol and discharged several rounds at one suspect.

“We were told there was a second suspect who ran from the vehicle and ran from Prince Charles into nearby bushes.”

One man who chose to remain anonymous says he saw everything.

“They end up braking off with the money but someone wap one and the money dropped,” the eyewitness said.

“One of the guys ran into the bushes of Nassau Village.”

Cash described the victim to be leaving the bank with an envelope of cash after making a deposit for a number of security companies. And, while police could not confirm just how much money the men attempted to steal, Cash says its important for all persons making runs in and out of the bank to remain vigilant.