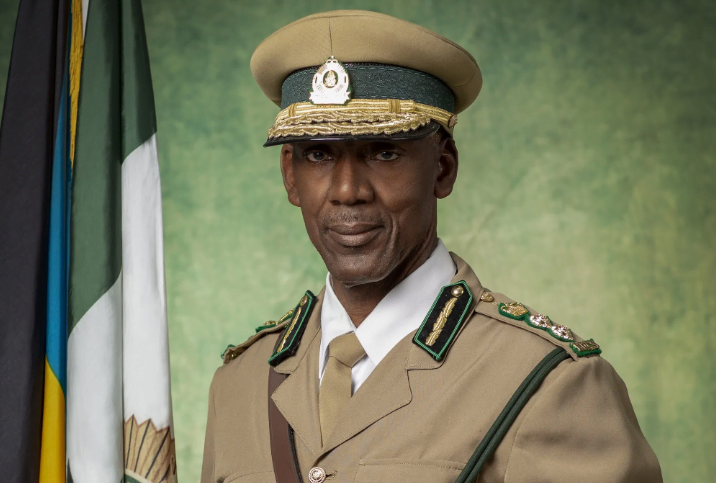 NASSAU, BAHAMAS — Prison Commissioner Charles Murphy yesterday defended recent criticisms against the Bahamas Department of Correction, insisting that the facility accommodates the dietary and health needs of all inmates.

Davis wrote to Murphy several times to make an appeal for his special diet due to prevailing health issues; however, his family says it’s unclear whether his letters have been delivered.

The letters outlined concerns over his special diet due to “failing health issues”, along with concerns over alleged deteriorating conditions at the prison due to the COVID-19 lockdown, and what he believed to be improper management of health protocols.

After his death, Davis’ girlfriend said she believes the system “failed” him because he died trying to get what he needed to live.

Asked about concerns that the facility failed to meet the health needs of one of its inmates, Murphy said: “That is a rumor. There’s no truth to that.”

He continued: “The Bahamas government supply us with a budget to feed every inmate, no matter what their condition may be, every inmate is given their three meals a day.

“Whatever their meals are, prescribed by the doctor, we follow the prescription of that meal to the tee, we don’t shrimp or shortcut.”

Davis was convicted along with Stephen “Die” Stubbs of the 1999 murder of Constable Jimmy Ambrose and the attempted murder of Marcian Scott.

He was appealing the conviction before the Privy Council.

The Fox Hill Road facility has been on lockdown since the country recorded its first COVID-19 case in mid-March, with general visitation suspended indefinitely.

“We haven’t yet opened the gates because we are still sticking to the protocols,” he said yesterday.

“We are not taking any chances. One visit could turn the whole prison into chaos.”

Murphy noted that even though restrictions around the country may be relaxing, the facility will continue to implement its protocols and follow the orders of the competent authority.

He added that while the prison remains closed, there continues to be ongoing renovations to all of the housing units.

He advised that one wing of the maximum-security block is finished and work on two other wings in that block will begin by the end of the month.

Additionally, renovations are being carried out to the remand center and medium security.