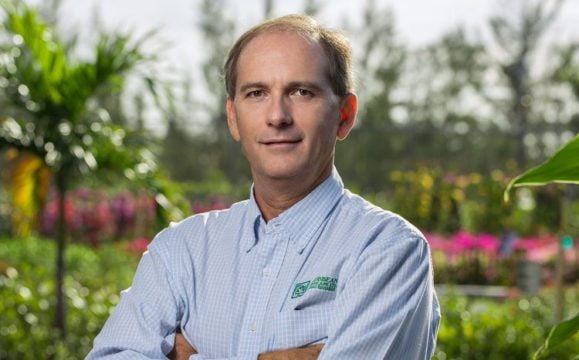 Robert Myers, the Organization for Responsible Governance’s (ORG) principal, told Eyewitness News: “ORG agrees that while comprehensive tax review and reform may be necessary at some point in the future, ORG strongly disagrees that any such review or reform should come ahead of significant public/civil sector reform.

“Successive governments have ignored the core and fundamental need for public/civil sector reform, to the point of the nation’s implosion, and continue to do so at the expense of the public and their ongoing despair and demise.”

Myers added: “ORG will not condone any tax discussion that does not first and foremost address and resolve the significant burden the government’s inefficiency, corruption and lack of accountability places on the public and private sectors and, more importantly, the lack of growth and opportunity their inability to correct that imbalance places on the nation and all of its people!

“Raising taxes, under the guise of tax reform, is not acceptable and is unsustainable, and will only serve to slow economic growth and job creation; and ORG and many other organizations, including the IMF (International Monetary Fund), have made such proclamation.”

According to Myers, laws that drive accountability and efficiency by and between civil servants and public servants are critical to right fiscal imbalance within government.

“The lack of laws, rules and accountability by and between the public servants and the civil servants is the root cause of decades of irresponsible government growth, action and spending, all at the expense of the Bahamian people,” said Myers.

He added: “ORG stands to remind all citizens that there is no amount of money raised by the government, through any form of taxation and or licensing fees, that an irresponsible and unaccountable government cannot spend.

“This is most prominently exemplified by the fact that the government raised taxes significantly with the introduction of VAT (value-added tax), and then promptly spent it all without continued comprehensive discussion and action on the many critical reforms the CRT and ORG have continued to press both past and present administrations for.

“This is inexcusable, irresponsible and should not be tolerated any longer.”

Myers implored public servants, civil servants, opposition parties and citizens to “address the core problems facing the nation and its people”, such as “the size, cost and inefficiency of government relative to the nation’s output”.

He continued: “Tax reform discussion will become the excuse to raise taxes and is not the answer. Increased taxes without first implementing significant public sector reform will only further hamper opportunity and growth for The Bahamas and its people.

“Do not fall into the trap of tax reform discussion without first addressing and acting on public sector reform. A great deal of good work has been done by the CRT, ORG and the National Development Plan, all of which have made valuable contributions and recommendations to the public servants, much of which has yet to be acted upon.”