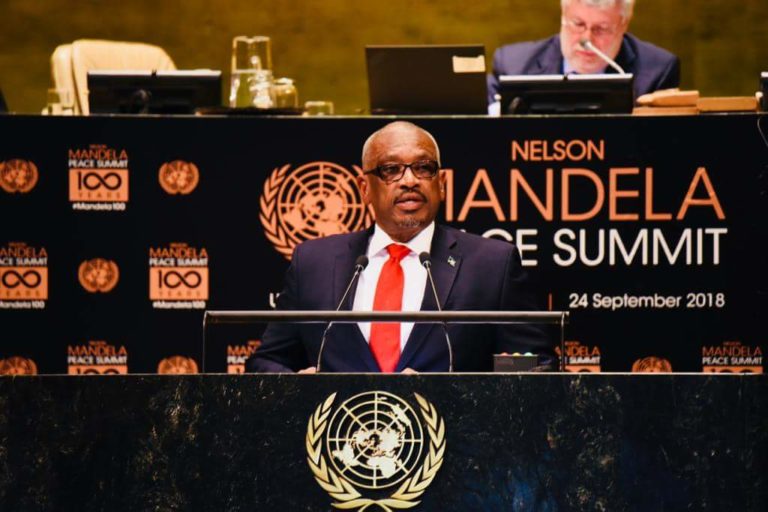 Prime Minister, Dr. Hubert A. Minnis delivered a statement Monday at the United Nations (UN), New York, on the occasion of the Nelson Mandela Peace Summit, during which he highlighted the role The Bahamas played to bring about the release in 1990 of Mandela from long imprisonment under apartheid in South Africa.

The Prime Minister was thankful to the UN for convening the Nelson Mandela Peace Summit in support of global goodwill.

The Peace Summit honoured the centenary of Mandela’s birth at this 73rd regular session of the UN General Assembly.

“Amidst the wars, conflicts, violence, injustice, hunger and bitter hatreds, which stalk the global commons, we find hope in the commemoration of the centenary of the birth of a noble soul, whose witness to reconciliation and peace is an eternal wellspring for humanity,” Dr. Minnis said.