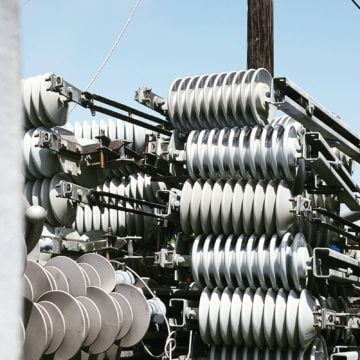 BPL seeking to move additional generation to the island

NASSAU, BAHAMAS – Three days after a fire destroyed two engines at the Bahamas Power and Light (BPL) facility on the island of Bimini, power outages continued to persist throughout the island on Thursday, as the company was forced to conduct intermittent load shedding between Alice Town and Bailey Town.

“While the team on Bimini has had some success in that we have restored one of the engines that had been down for repairs, we continue to have challenges with other generation assets on the island. This is being worked on by our local inter-island and contractors’ team.  These challenges mean there will be some load shedding in Bimini today,” said Quincy Parker, Director of Public Relations at BPL.

According to Parker, Alice Town, Bimini was taken offline around 11:00 p.m. on Wednesday and at 8:30a.m. on Thursday, supply was interrupted to the Bailey Town area, at which point Alice Town was then returned to service.

Quincy said BPL is working on two fronts to address the challenges in Bimini.

“Firstly, we have enough generation assets on the island to meet the load demand, and we are working assiduously to repair and return them to service as quickly as possible. In the meantime, we are seeking to move additional generation to the island over the next few days,” Parker said.

As for load shedding, Parker reported Thursday that once power to Alice Town was restored and Bailey Town went off at 8:30a.m., the status quo was expected to remain until around 1p.m. today.

“Updates will follow as soon as information is available,” Parker said.

Shortly before 9:00 p.m. on Monday, police were alerted to a fire at BPL’s power plant in North Bimini, which destroyed two main engines at the plant.

The cause of the fire remains unknown, but BPL said in internal investigation has been launched.