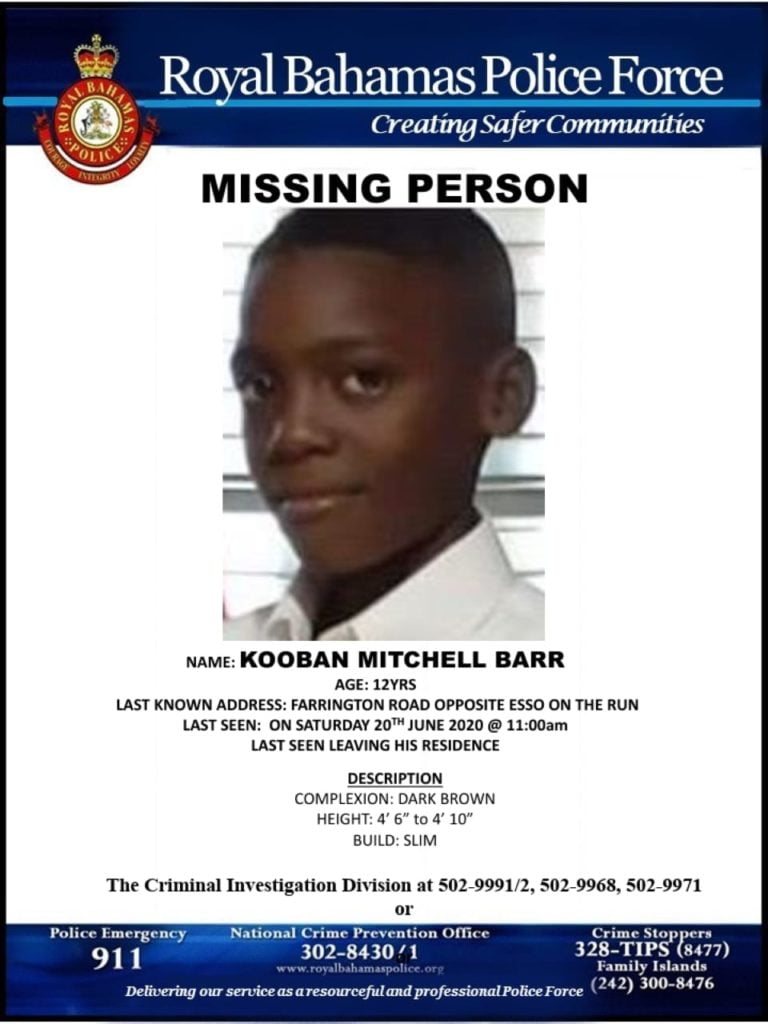 UPDATE: Police have confirmed Kooban Mitchell Barr has been reunited with his family after being reported missing. Kooban is reportedly in good health, according to a statement.

In the notice posted this morning, Kooban was last seen leaving his residence at 11am yesterday.

His last known address is a Farrington Road, opposite the Esso on the Run gas station, according to police.

Always a headline ahead, around the world, Bahamas, Bahamas news, ewnews, ewnews.com, www.ewnews.com