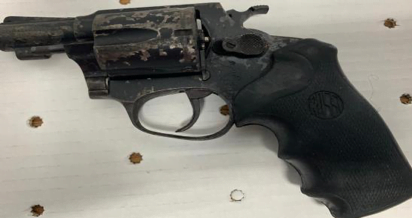 NASSAU, BAHAMAS – Police in the capital are investigating the circumstances involving a police-involved shooting that occurred on Sunday, May 12, 2019, which resulted in an adult male being shot and a firearm recovered.

According to police reports, shortly after 11:00a.m., a police officer was driving on East Street, south of Soldier Road, when he observed a male approaching a restaurant acting in a suspicious manner and armed with a firearm.

The officer approached the man and as he attempted to arrest him, the man was shot.

The officers recovered the suspect’s weapon, a .38 revolver, and four rounds of ammunition.

The male was transported to hospital and is listed in serious but stable condition.